Nearly Half of CNN’s Republican Commentators Are Voting for Biden 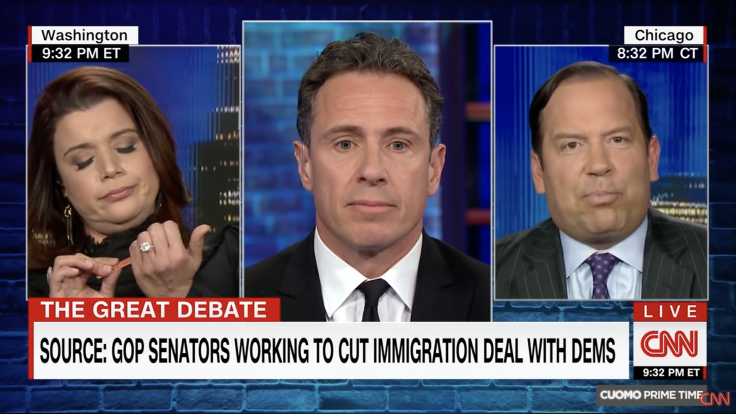 Nearly half of CNN’s Republican contributors are voting for Democratic presidential nominee Joe Biden, putting the network’s GOP roster dramatically out of step with the broader party electorate.

With the addition of former Trump Homeland Security official Miles Taylor as a contributor, there are now at least six Republicans at CNN who say they will vote for Biden in November, making up 40 percent of the network’s Republican roster. Nationally, only 8 percent of self-identified Republican voters nationwide say they will vote for Biden, according to a recent Quinnipiac poll, while 90 percent will support President Donald Trump.

The disparity illustrates how CNN viewers get a distorted view of how typical Republicans are reacting to news of the day. Tim Graham, a longtime media watchdog critical of the network, said the message being pushed is that the “only good Republican” is one who opposes the president.

“CNN operates as if its audience are far too sensitive to hear an opinion that supports Trump, or even sounds unwilling to agree that he’s incompetent and/or evil,” said Graham, a writer for the Media Research Center. “So they end up using Biden-endorsing Republicans as their Republicans, but no one can imagine them ever using a Trump-endorsing Democrat like Vernon Jones as a CNN Democrat analyst. They imply that the only good Republican is a Biden-Bernie Sanders platform Republican.”

The Washington Free Beacon could only identify five current Republican CNN contributors who are openly supportive of Trump. Former Utah congresswoman Mia Love (R.), who did not support Trump in 2016, said she was undecided on whether she would vote for him in 2020, although she stressed she would not vote for Biden. Others did not respond to the Free Beacon‘s request for comment.

It isn’t just the Republican contributors who have aligned with Democrats this cycle. S.E. Cupp, a lifelong Republican and host of CNN’s weekend show Unfiltered, is also voting for the Democratic nominee and frequently writes and tweets about her support.