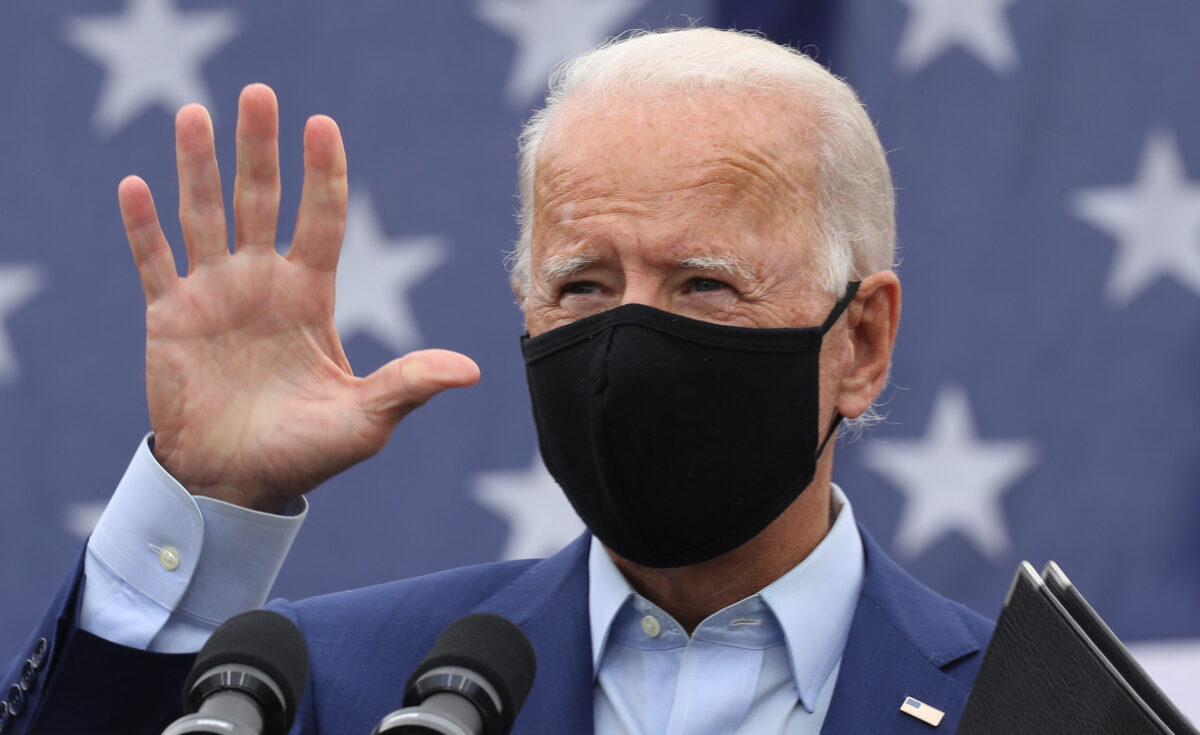 In announcing the endorsement, Paul Hogrogian, NPMHU national president, in a statement (pdf) touted Biden’s past support for the United States Postal Service (USPS) and postal workers, noting that when he served as senator, the White House hopeful supported 6-day delivery and “fought against privatization.”

The move comes after the National Association of Letter Carriers announced on Aug. 13 it was backing Biden, calling him “a fierce ally and defender” of the postal service and hailing the former vice president for “his unwavering dedication to improving the lives of all working people throughout this great nation.”

Hogrogian, in the endorsement letter, called Biden “a proven advocate for members of the labor movement, understanding its value to the growth of the middle class with the development of paid leave, health and retirement benefit provisions, and the 40-hour work week.”

He criticized President Donald Trump’s executive orders on collective bargaining rights and suggested Biden’s policies would strengthen the role of labor unions. “In contrast to the Trump administration’s attacks on collective bargaining rights through the use of executive orders, Joe Biden will be a leader who will support and protect the men and women of labor,” he wrote.

While some view unions as champions for workers’ rights, others see bureaucratic inefficiencies, wasted money, and stifled job growth. In May 2018 Trump issued a series of executive orders, which the administration said aimed to enhance efficiencies and accountability.

A study by the National Institute for Labor Relations Research published in October 2019 found that job growth in states with “right-to-work” laws, which are state laws that prohibit union security agreements between employers and labor unions, was twice that in forced-union states between 2008 and 2018. The number of welfare recipients in forced-unionized states was three times higher than in right-to-work states in 2018, according to the report.

The Economic Policy Institute (EPI) published a report in August that indicated unionized workers earn on average 11.2 percent more in wages than non-unionized peers, meaning workers in the same industry and occupation with similar education and experience. The report authors also said unions help to reduce racial disparities in pay.

Biden, in a Labor Day speech at a virtual town hall in Harrisburg, Pennsylvania, said that he’s “going to be the strongest labor president we’ve ever had.”