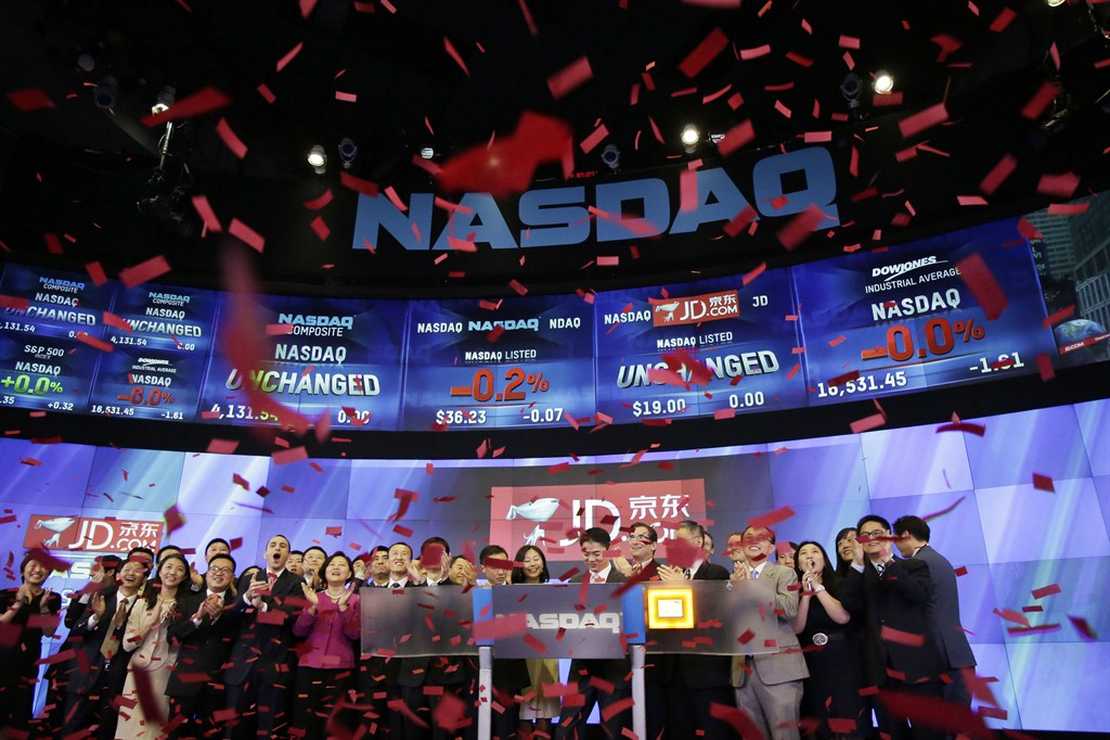 Nasdaq, the company that runs the NASDAQ stock exchange, is petitioning the federal government to change the rules that allow some companies to list their shares on the NASDAQ stock exchange. Specifically, the company is asking the Securities and Exchange Commission (SEC) to require that a company’s board of directors include two “diverse” members — one woman and one member of either an unrepresented minority or an LGBT identity. This would mandate a certain level of “woke” diversity for companies on the stock exchange.

The new rules “would require most Nasdaq-listed companies to have, or explain why they do not have, at least two diverse directors, including one who self-identifies as female and one who self-identifies as either an underrepresented minority or LGBTQ+,” Nasdaq announced in a press release. “Foreign companies and smaller reporting companies would have additional flexibility in satisfying this requirement with two female directors.”

“Nasdaq’s purpose is to champion inclusive growth and prosperity to power stronger economies,” Nasdaq’s President and CEO Adena Friedman said in the statement. “Our goal with this proposal is to provide a transparent framework for Nasdaq-listed companies to present their board composition and diversity philosophy effectively to all stakeholders; we believe this listing rule is one step in a broader journey to achieve inclusive representation across corporate America.”

“This proposal and partnership gives companies an opportunity to make progress toward increasing representation of women, underrepresented minorities and the LGBTQ+ community on their boards,” Nelson Griggs, President of Nasdaq Stock Exchange, argued. “Corporate diversity, at all levels, opens up a clear path to innovation and growth.”

If the SEC approves the new rule, it will not provide companies with “an opportunity to make” the Left’s woke definition of “progress,” it will require them to do so — if they want to take part in the second-largest stock exchange on the planet.

BAM: Trump Eviscerates the Noxious Marxism Behind the Riots and the 1619 Project

In order to qualify for a listing on the NASDAQ exchange, a company must first register with the SEC, have at least three market makers (financial firms that act as brokers or dealers for securities), and meet requirements for assets, capital, public shares, and shareholders. This proposal would add the corporate board diversity requirement to that laundry list.

The Nasdaq release described “underrepresented minority” as including “an individual who self-identifies in one or more of the following groups: Black or African American, Hispanic or Latinx, Asian, Native American or Alaska Native, Native Hawaiian or Pacific Islander or Two or More Races or Ethnicities.”

This “self-identifies” rule seems curious. On paper, it seems this rule would allow companies to pass off white people who “self-identify” as black, like Rachel Dolezal and a bizarrely-increasingly list of con artists, as “underrepresented minorities.” Such a move would doubtless spark outrage, but Nasdaq is clearly leaving some wiggle-room in the definition of “underrepresented minority.”

The company framed the new rule as a step toward transparency and cited “over two dozen studies” finding “an association between diverse boards and better financial performance and corporate governance.” If diverse boards lead to better corporate outcomes, why does the Nasdaq need the government to force them on companies? If diversity really is in a company’s best interest, why change the rules?

“By pushing its listed companies to address racial and gender equity in corporate boards, Nasdaq is heeding the call of the moment. Incremental change and window-dressing isn’t going to cut it anymore as consumers, stakeholders and the government increasingly hold corporate America’s feet to the fire,” ACLU Executive Director Anthony Romero said.

“Nasdaq’s efforts to prod and push its listed companies is a welcomed and necessary first step. With increased representation of people of color, women and LGBTQ people on corporate boards, corporations will have to take actionable steps to ensure underrepresented communities have a seat at the table,” Romero concluded.

This statement is also rather curious. Who, exactly, is “holding corporate America’s feet to the fire”? Romero used the language of populism against corporate America, but this proposed rule comes from corporate America. The Nasdaq is not some crusading band of populist warriors representing the people in their challenge to business elites — it’s one of the most recognizable companies that make up corporate America!

This rule proves that some form of Marxist critical theory has infiltrated Nasdaq and is working its way through corporate America — and this kind of forced leftist orthodoxy is one of the factors responsible for Donald Trump’s surprise populist victory in 2016. (This leftist groupthink also explains why so many companies like Amazon blindly trust the scandal-plagued far-Left smear factory the Southern Poverty Law Center.)

The rationale for the new rule includes a bag of contradictions. Nasdaq insists corporate diversity is good for business, but it aims to force this “good business practice” on companies. Nasdaq insists the rule is about “transparency,” but that supposed “transparency” only matters for the specific goal of diversity.

This rule only makes sense according to Marxist critical theory and the Left’s increasingly stifling orthodoxy. Marxist critical theory encourages people to deconstruct society along the lines of power. According to the narrative, white heterosexual males created modern society in order to oppress women, racial minorities, and LGBT people. This didn’t just cause injustice, it also led to brainwashing in order to prop up the injustice. In order to reverse this evil and the brainwashing, women and minorities must take power and revolutionize thought.

The leaders of Nasdaq may not accept this radical interpretation, but something like it inspires much of this insistent push for diversity. As Nadsaq noted, diversity can be a good thing in business — it can encourage boards to broaden their horizons and it can encourage people to think that people of all backgrounds can succeed in business.

Furthermore, it makes little sense to require diversity overall. It may make sense to insist that a company doing business in multiple countries should have leaders from each of those countries. It makes sense to insist that a company selling women’s products should have women on the board. But the only reason to require diversity overall is to engage in some form of virtue signaling or social engineering.

To be perfectly frank, I’d like to see more women and racial minorities on corporate boards, but I dislike and distrust the idea of gatekeepers like the Nasdaq using the SEC to force it on companies, especially when it also promotes the dangerous notion of transgenderism.

If board diversity is indeed good for business, the Nasdaq should let companies pursue it on their own and truly give them the “opportunity” to do so — rather than forcing it on them and then acting like the Nasdaq is doing them a favor.