A high school teacher in Westchester County, New York, passed out a political cartoon to students that compared police to the KKK, the New York Post reported.

Westlake High School teacher Christopher Moreno passed out a five-paneled political cartoon depicting slave traders and owners, the KKK, and police officers kneeling on the necks of black people to his 11th-grade U.S. History and Government class on Sept. 8. The cartoon was attached to an assignment about the goals and purposes of the Black Lives Matter movement. 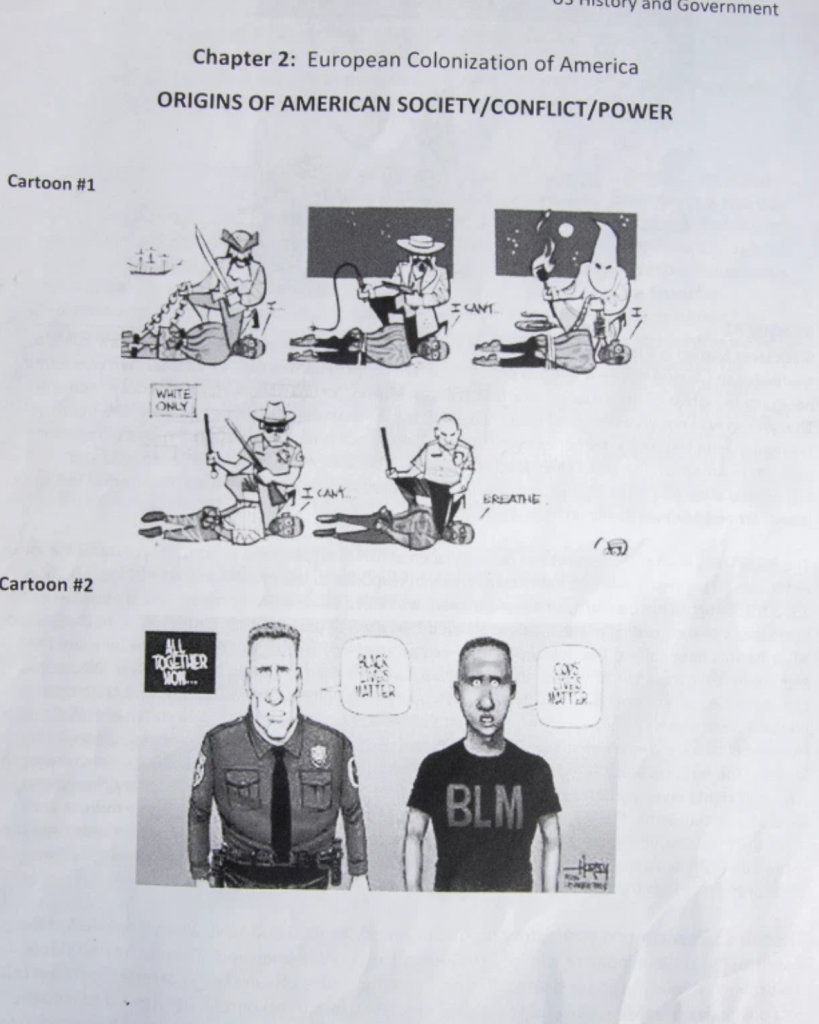 The cartoon passed out by teacher Christopher Moreno

“The cartoon was disgusting. It compared the police with all the terrible people in history,” Paternostro said. “It was not fair. It wasn’t right.”

Paternostro’s mother, Ania, sent a letter to the school district’s administration and called the lesson “brainwashing.”

“We don’t need a teacher brainwashing my kids,” Ania Paternostro told the Post. “I’ll teach my kids about what’s right and what’s wrong.”

A summer of racial justice and anti-police protests has heightened debates over the approach to teaching race and history in America’s classrooms. In August, one Illinois state congressman called on the state to halt all history instruction until experts could create a new, racially conscious curriculum. Meanwhile, a national dispute continues over the implementation of the New York Times’s controversial 1619 Project in classrooms: While the Pulitzer Center has distributed curriculum based on the reporting to thousands of schools, many scholars contest the accuracy of the story—which led President Donald Trump to threaten to cut federal funding to schools that use the 1619 Project in their curriculum.