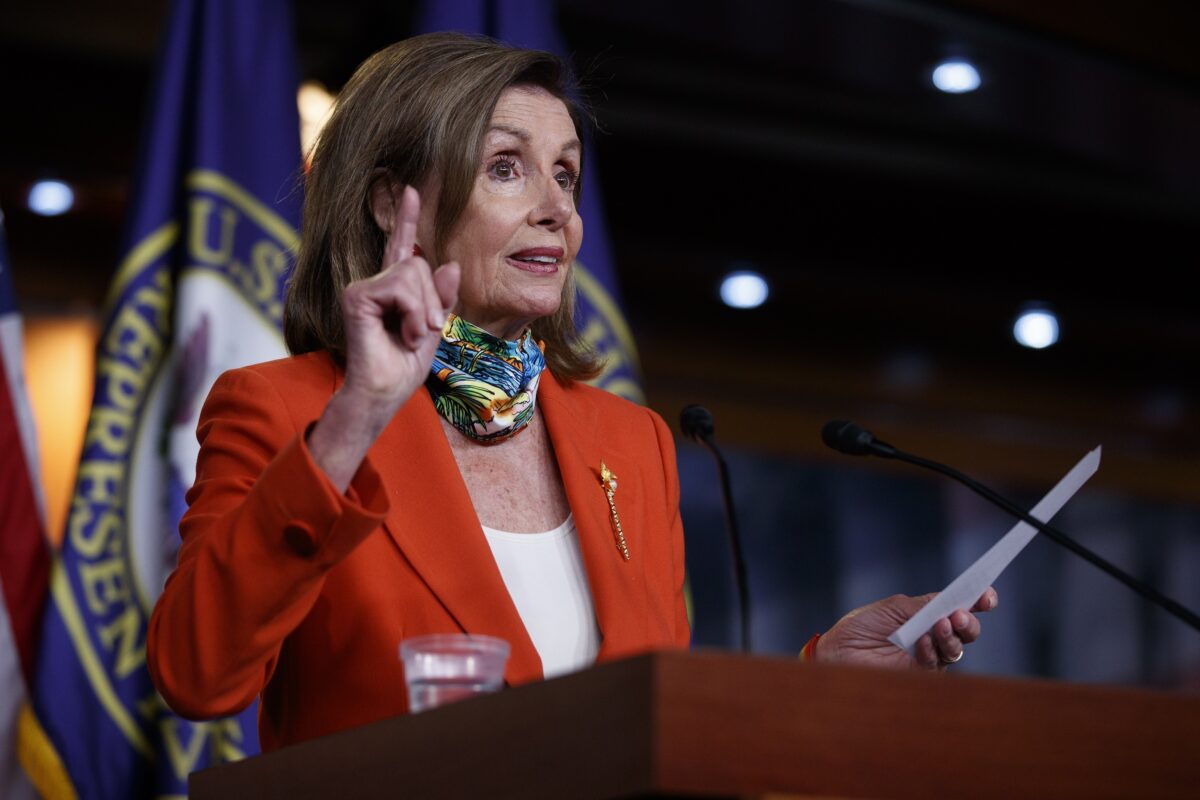 Some moderate Democrats are now pressuring House Speaker Nancy Pelosi (D-N.Y.) to pass another stimulus measure, suggesting that the criticism against GOP lawmakers and President Donald Trump might not be working with their constituents.

On Tuesday, the bipartisan Problem Solvers Caucus in the House unveiled a $1.5 trillion bill that would include stimulus payments.

Rep. Max Rose (D-N.Y.), one of the backers of the $1.5 trillion bill, said there is bipartisan consensus for a new deal.

“The pressure is loud and forthright and it is bipartisan in nature,” Rose told Fox News, calling on party leaders to agree to a “real” bill. “Because that pressure is reflective of where the American people are. They are sick and tired of politics.”

“To the leadership, we said this very simple message: It’s time for you to stop playing games,” he said. “Let’s stop the charade. Let’s stop this stupidity. Let’s put the country first.”

House Majority Leader Steny Hoyer (D-Md.), in addressing the measure on Tuesday, told reporters that he welcomes the deal but leaders will reject it.

“What the House put forward months ago isn’t moving forward,” Spanberger said, according to Fox News.

“You are seeing a level of anxiety rise within the members for there to be a deal,” Rep. Stephanie Murphy (D-Fla.) said. “For there to be progress toward getting the deal done. And, hopefully, with that increased pressure, we will start to see negotiations start anew and start moving our way towards that.”

At the same time, President Donald Trump urged GOP members of Congress to try and pass a bill worth more than $500 billion and provide stimulus payments.

“We hope Nancy Pelosi will work with us in good faith. There are many bipartisan proposals out there that have merit,” White House press secretary Kayleigh McEnany said, adding that Trump “absolutely wants to get a stimulus deal done.”

“We are encouraged that after months of the Senate Republicans insisting on shortchanging the massive needs of the American people, President Trump is now calling on Republicans to ‘go for the much higher numbers’ in the next coronavirus relief package,” Pelosi said in a statement after Trump’s call to action.