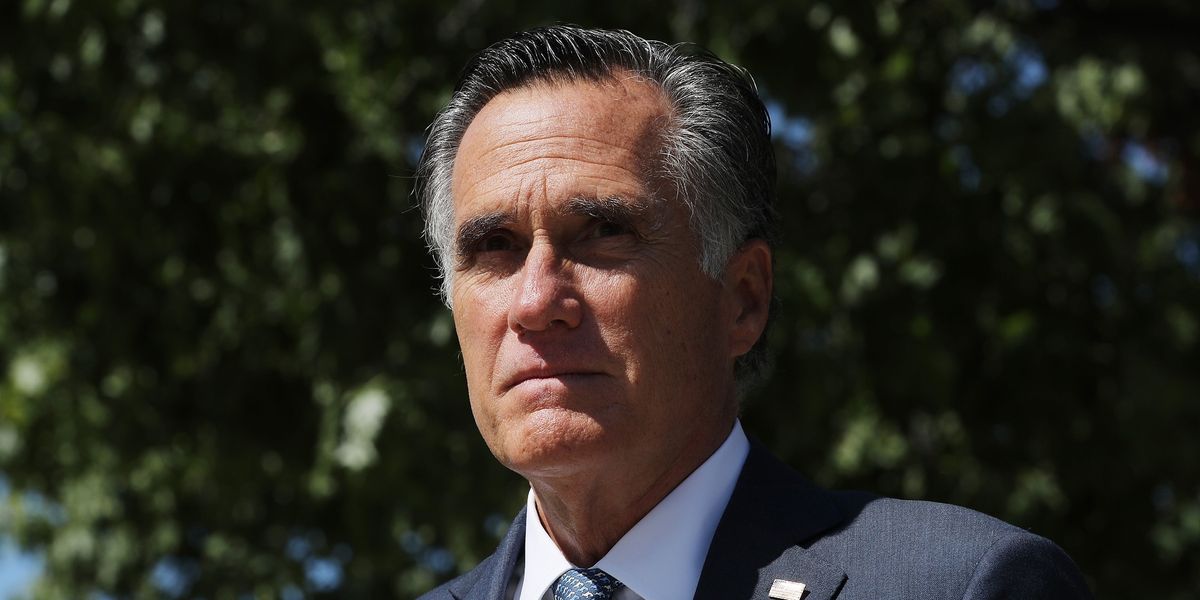 Late in the evening, Sen. Romney — who was the GOP presidential nominee in 2012 — tweeted out, “Having failed to make even a plausible case of widespread voter fraud or conspiracy before any court of law, the President has now resorted to overt pressure on state and local officials to subvert the will of the people and overturn the election. It is difficult to imagine a worse, more undemocratic action by a sitting American president.”

It was Romney’s second take at blasting the president for the day, as Trump’s campaign fights lawsuits in multiple states contesting the White House race that mainstream media has roundly called for Democratic presidential nominee Joe Biden.

Earlier, the Utah senator told CNN podcaster David Axelrod on the president’s litigation, “Normally you find evidence and then after seeing evidence then you reach a conclusion about whether or not there was a crime committed.”

Romney’s remarks come the same day that the Trump campaign held an explosive press conference, where a team of attorneys including Rudy Giuliani and Sidney Powell claimed that manipulation of voting software programs had flipped the election for Biden. They asserted that Trump actually won in a “landslide.”

But Romney was not alone in criticizing the presser put on by Trump campaign attorneys. Nebraska Sen. Ben Sasse (R) told Politico, “Wild press conferences erode public trust. So no, obviously Rudy and his buddies should not pressure electors to ignore their certification obligations under the statute. We are a nation of laws, not tweets.”

Sasse added, “When Trump campaign lawyers have stood before courts under oath, they have repeatedly refused to actually allege grand fraud — because there are legal consequences for lying to judges.”

Trump ally Sen. Joni Ernst (R-Iowa) told Fox News’ Guy Benson of the Trump team, “They have to be able to show that proof. I haven’t seen proof yet.”

Powell — who is also an attorney for Gen. Michael Flynn and is a frequent guest on right-leaning media shows — was criticized by Fox News’ Tucker Carlson on Thursday night for allegedly turning down repeated invites to provide evidence for her claim that voting software flipped millions of votes from Trump to Biden.

Tucker Carlson calls on Sidney Powell to release evidence of her claim that votes were moved illegitimately by sof… https://t.co/u31RSndns8