One of the two Republicans who voted against certifying the election results in a Michigan County said Thursday night she was doxxed over her votes.

Monica Palmer said that Ned Staebler, a Democrat who joined in harassing her during the certification meeting, had revealed her private information online.

“He’s used his social media platform to repeatedly dox me, post my phone number, my home address, my email address, and encourage people to stop by my house and share their anger with me,” Palmer said on Fox News “The Ingraham Angle.”

“I’m very lucky to have a supportive family. They’re behind me 100 percent. They believe that I’m doing the right thing and we’re just taking it one day at a time,” she added.

Palmer and William Hartmann, both members of the Wayne County Board of Canvassers, were speaking in their first on-air interview since the meeting. 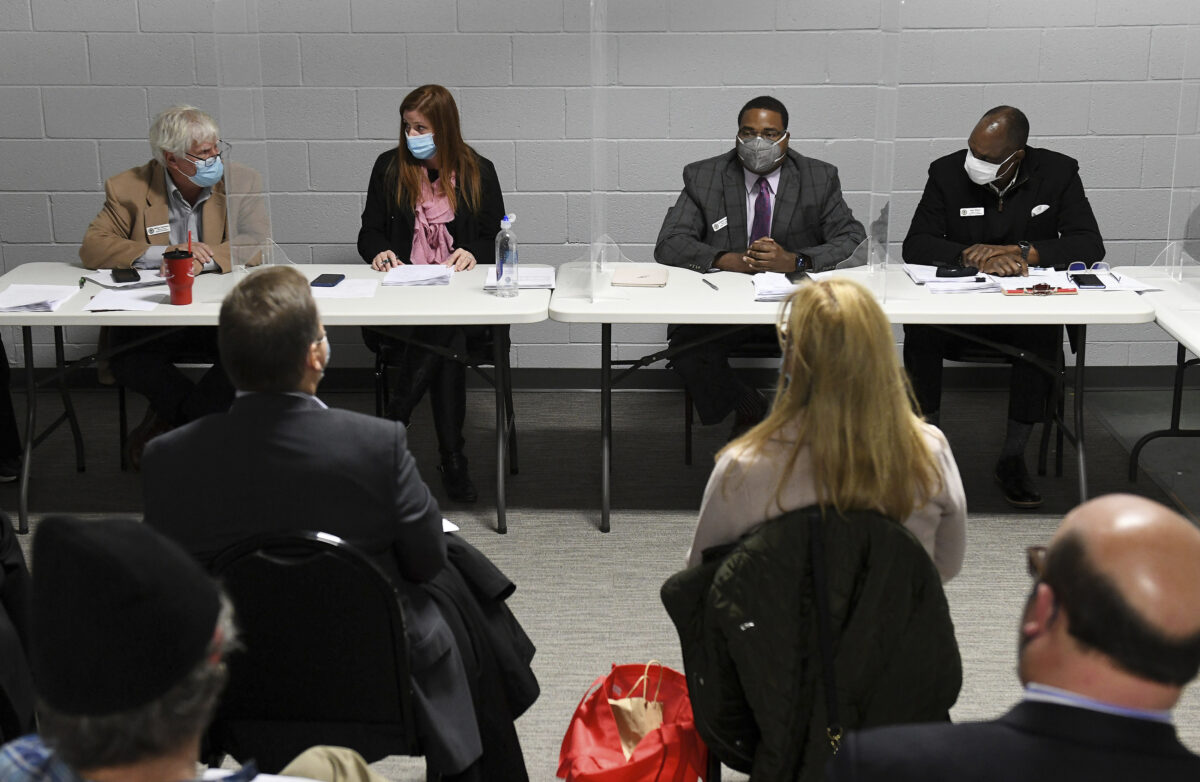 Staebler’s business, TechTown, didn’t return a request for comment. A review of his social media page does not show a doxxing of Palmer, though he could have posted such information and later taken it down. He changed his location on Twitter to “Doxxed already thanks.”

Staebler railed against Palmer and Hartmann during the meeting this week, telling them: “I just want to let you know that the Trump stink, that the stain of racism, that you, William Hartmann and Monica Palmer, have just covered yourself in is going to follow you throughout history. Your grandchildren are going to think of you like Bull Conner or George Wallace.”

Another Democrat, state Rep.-elect Abraham Aiyash, mentioned her children and named their school. Aiyash said on Twitter that he “didn’t even know what doxxing was” and “won’t be bullied into silence.” He also called Hartmann and Palmer racists.

Palmer and Hartmann initially voted against certifying the vote in Wayne County, citing unbalanced poll books. They switched their votes after another member of the board proposed asking Michigan Secretary of State Jocelyn Benson for an investigation into what happened.

But after Benson, a Democrat, said she didn’t view an audit resolution the board passed as binding, the two Republicans rescinded their votes.

“The purpose of the canvas is to make sure that every legal vote is counted and tallied right, that you have complete and accurate documentation. and when you have a precinct that is unbalanced without an explanation, that doesn’t satisfy the requirement,” Palmer explained.

An audit would in theory be able to unearth an explanation for the discrepancy, she added.

Benson, who described the unbalanced books as “bookkeeping errors,” on Thursday said a post-election audit is planned for Wayne County and other areas to “review the accuracy and process of elections in local communities.” She said the risk-limiting audit is a typical, standard procedure following election certification.

Wayne County Commission Chair Alisha Bell told WXYZ that county lawyers are looking into whether Palmer and Hartmann can be removed from their positions on the canvassing board. Bell didn’t respond to requests for comment.

Palmer said earlier Thursday that President Donald Trump checked in with her after the harassment she faced during the meeting.

Hartmann said the canvassing board typically receives a report on poll books but did not this time.

“Instead, we were given it orally and we had to take notes,” he said.

Hartmann said it was encouraging to hear that Norm Shinkle of the Michigan Board of State Canvassers is expressing reservations on voting on Monday to certify the statewide vote.

According to unofficial results, Democratic presidential nominee Joe Biden beat Trump in the state by about 154,000 votes.