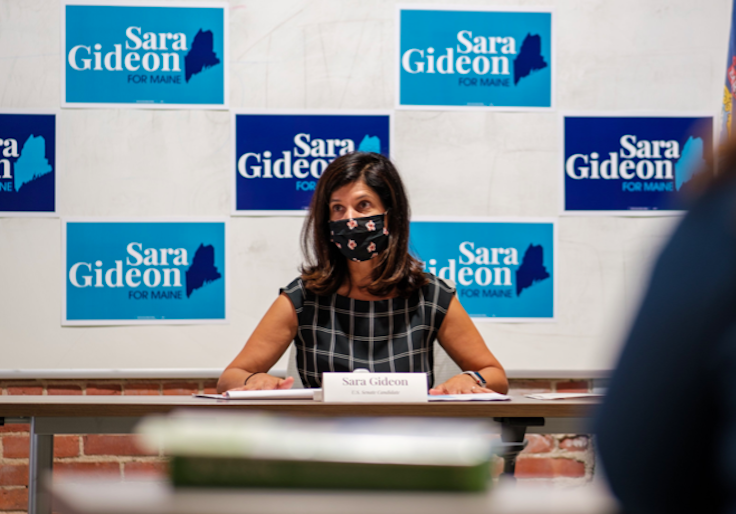 Gideon, who has served as speaker of the Maine House of Representatives since 2016, mobilized her caucus to vote against legislation that would have attached criminal penalties to those who knowingly fail to report child abuse. Just 10 days before the Aug. 30, 2018, vote, Democratic state legislator Dillon Bates resigned after allegations surfaced that he had sex with multiple high school students that he taught. Former Maine legislator Deborah Sanderson said it was the height of hypocrisy for Gideon to kill child abuse legislation at a time when she also had to contend with an alleged child sex offender in her caucus.

“You can’t say you care about children and … at the same time, not be willing to put in stricter and stronger regulations for someone who knowingly or intentionally does not report child abuse,” Sanderson said. “Not only are the people who don’t report culpable, but those who wouldn’t pass that legislation are culpable.”

Gideon’s decision to rally votes against the mandated reporting law put Maine out of step with the rest of the country. More than 40 states currently consider it either a felony or a misdemeanor for mandated reporters to not report suspected abuse, according to a federal government report. Maine law currently imposes only a civil penalty for mandated reporters—a class of people which includes teachers, doctors, and other professionals who regularly interact with kids—that do not report child abuse. The lack of criminal consequences motivated some reporters to shirk their responsibilities, according to a testimony by the state’s Department of Health and Human Services.

“It is the Department’s position that adding consequences for failing to report child abuse and neglect will remind mandated reporters of the gravity and importance of this duty and therefore increase the safety of the children in Maine,” said Bethany Hamm, the then-acting Maine HHS commissioner.

Some education and nursing associations, as well as other interest groups, opposed the bill, arguing that it penalized mandated reporters who unintentionally missed signs of child abuse due to a “lapse in judgement.” Republicans amended the bill to impose criminal penalties only on people who “intentionally or knowingly” fail to report signs of abuse.  Despite GOP overtures, Gideon whipped enough votes to defeat the bill.

The vote took place as Democrats were reeling in response to concerns that Gideon and other Democratic top brass knew about the allegations against Dillon Bates for months.

Bates—who did not respond to request for comment—was accused of using his position as a drama teacher and athletics coach at multiple schools to groom several high school girls. He allegedly maintained relationships with at least three victims over the course of five years. Bates abruptly resigned from his position at the Maine Girls’ Academy (MGA) after the school learned about his transgressions, but the administrators sought to keep the affair a secret, according to the Bollard, a Maine magazine that first broke the story. Bates continued to coach at a different school for months after his resignation from MGA.

Gideon has acknowledged that she heard rumors about Bates prior to his resignation, but claimed she lacked evidence to take action against her colleague. She waited until the Bollard story published before calling for his resignation. Sanderson, the former legislator, said Gideon’s refusal to consider the legislation—and her delayed response to the Bates scandal—calls into question her commitment to protecting children.

Gideon is running to unseat Republican senator Susan Collins in one of the most hotly contested Senate races in 2020. The Democrat enjoys a 4.5-point edge in the race, according to a RealClearPolitics polling average.