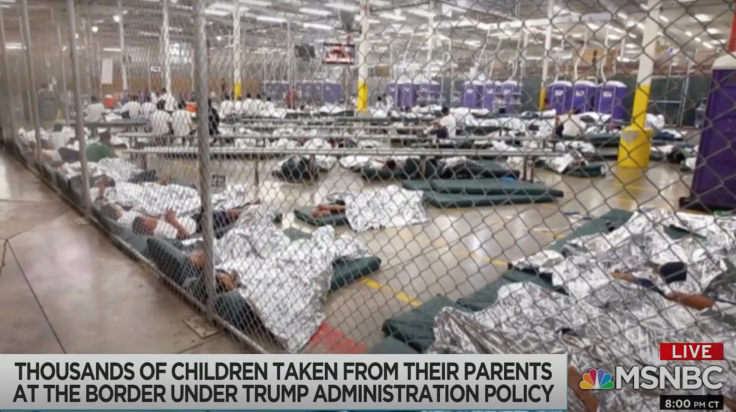 On her show Tuesday night, Maddow showed Associated Press photos taken in 2014 of children in cages, separated from their parents, in an attempt to slam the president. A 2018 AP fact-check confirmed the year the photos were taken.

Maddow attempted to pin the “damage done to humans” caused by the Obama-era practice of holding migrant children in detention facilities on the Trump administration, failing to note the year the photos were taken.

“In terms of permanent damage done to humans, in terms of the severity of the damage deliberately done to humans, the Trump administration, no matter what else they do, they will never get out of the shadow of the fact that they really did as a policy and as a deliberate practice, they really did take kids away from their moms and dads,” Maddow said. “It will never not be true.”

In an interview in 2019, Barack Obama’s Department of Homeland Security secretary Jeh Johnson confirmed that the cages used to detain migrant children “were not built on January 20, 2017.”

“Very clearly, chain-link barriers, partitions, fences, cages, whatever you want to call them were not built on January 20, 2017, ” Johnson said. “When you have [an influx of migrants] that is, like, four times of what you’re accustomed to in the existing infrastructure, you’ve got to find places quickly to put kids. You can’t just dump seven-year-old kids on the streets…. And so these facilities were erected.”

This is not the first time that photos of detention facilities dating before the Trump administration have been used to attack the president. Activists, actors, and politicians condemned Trump in 2018 after a photo of children in cages from 2014 resurfaced. Obama’s former vice president and Democratic presidential nominee Joe Biden once falsely claimed that the Obama administration did not actually put children in cages.