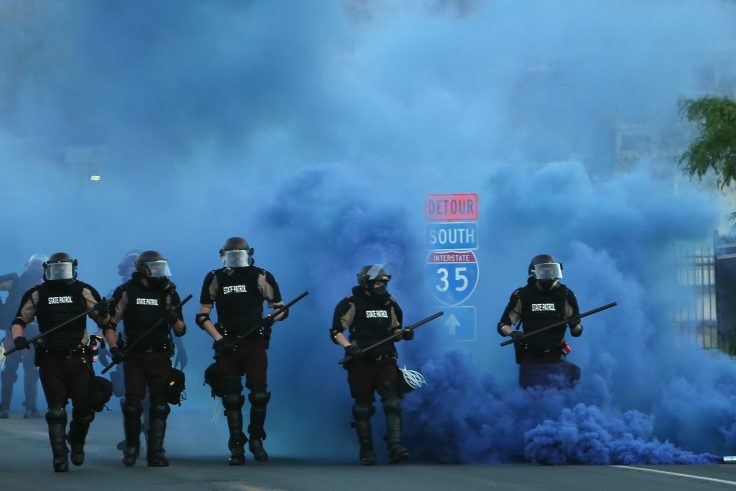 The point person for the Fight Back Table, a coalition of liberal organizations planning for a “post-Election Day political apocalypse scenario,” leads a progressive coalition that is part of a massive liberal dark money network.

Deirdre Schifeling, who leads the Fight Back Table’s efforts to prepare for “mass public unrest” following the Nov. 3 election, founded and is campaign director for Democracy for All 2021 Action, a project of Arabella Advisors’ Sixteen Thirty Fund. The Sixteen Thirty Fund is a dark money network that provides wealthy donors anonymity as they push large sums into the left’s organizational efforts. Schifeling’s group is one of dozens that use Arabella Advisors to add an extra layer of secrecy to their funding.

The connections suggest that post-election mobilization isn’t just the project of a liberal fringe, but that powerful Democratic Party interest groups are also involved.

Created in 2019, Democracy for All 2021 Action includes more than 20 labor union, think tank, racial justice, and environmental groups that push for automatic and same-day voter registration, prohibiting voter ID laws, and removing “barriers” to naturalization, among other initiatives. While the Sixteen Thirty Fund does not report Democracy for All 2021 Action in its D.C. business records, the group acknowledges that it is a project of the Sixteen Thirty Fund at the bottom of its website. The Sixteen Thirty Fund has been used as an avenue for donors to funnel hundreds of millions of dollars to state-based and national groups in recent years. In 2018 alone, $141 million was passed through the fund to liberal endeavors.

“There are a lot of scary scenarios,” Sean Eldridge, a former Democratic congressional candidate that leads Protect the Results, told the Daily Beast, who first reported on the Fight Back Table’s efforts. “We have to be prepared to mobilize in unprecedented ways.” Protect the Results’s massive coalition also includes other groups involved with the Fight Back Table, including Demos and MoveOn.

The liberal activists are planning for “civil and political” unrest following the elections if Biden does not win in a landslide. According to the Daily Beast, their simulations have included scenarios where Trump’s camp releases “classified documents for political purposes, fueling manufactured rumors,” halting “assets of individuals and groups the president determines to be a threat,” and “restricting internet communications in the name of national security.”

The war game preppers also saw scenarios where Trump could “rely on surrogates to embed operatives inside protests to encourage violent action” and “mobilize a range of law enforcement actors … who might, without proper training or if led by politicized actors, escalate matters.” Additionally, they envisioned scenarios in which Trump invokes the Insurrection Act and sends the military into cities to “restore order,” “protect” voting locations, and “confiscate ‘fraudulent’ ballots,” among other hypothetical outcomes. Eldridge said that if Biden were to lose and concede a contested election, his group would not support the mass mobilization efforts.

Democracy for All 2021 Action did not respond to a request for comment on the war games or the group’s relationship to the Sixteen Thirty Fund.

Schifeling’s group is just one of dozens housed at Arabella Advisors, which has facilitated more than $1 billion in anonymous funding since President Donald Trump took office.

Arabella Advisors acts as a “fiscal sponsor” to liberal nonprofits that fall under its umbrella by providing its tax and legal status to the groups. This setup means that the groups that are housed at the network do not have to file individual tax forms to the IRS, which include information such as board members and overall financials.

Arabella Advisors houses some of the most prominent liberal groups on the left, including Demand Justice, which fights Trump’s judicial nominations, and numerous prominent state-based groups. Funds at Arabella are also used to push grants to outside groups not contained within their network, including David Brock’s American Bridge, John Podesta’s Center for American Progress, the Center for Popular Democracy, and America Votes.