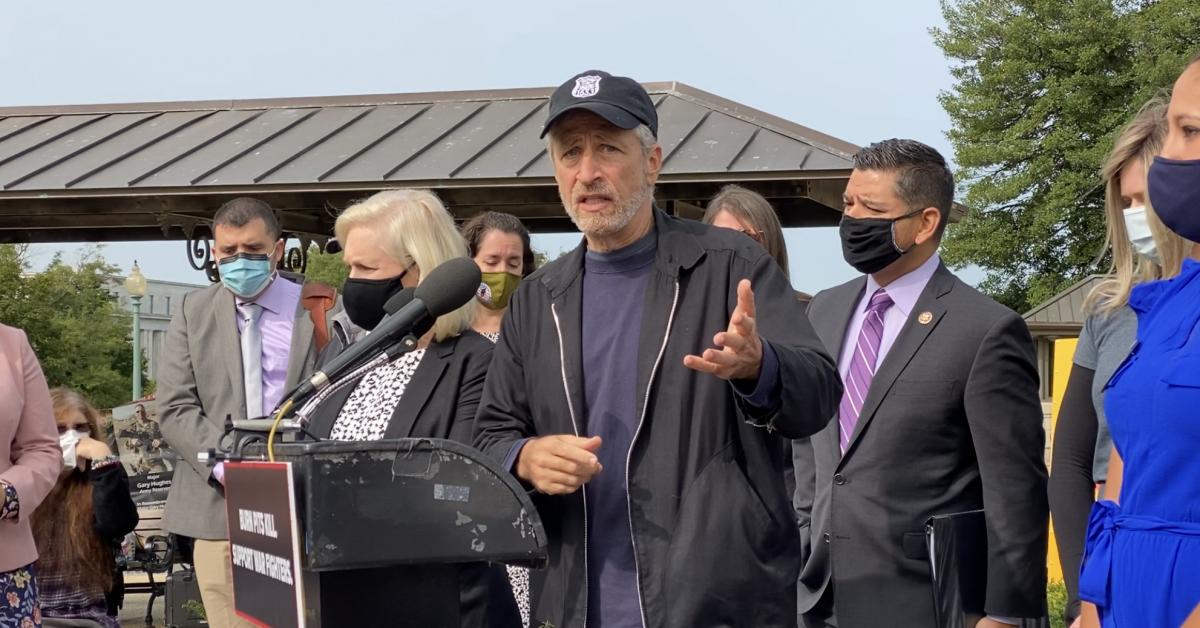 Jon Stewart, former host of “The Daily Show,” tells Just the News that war veterans who were exposed to harmful toxins during their military service are “more vulnerable” to the COVID-19 pandemic and Congress should take action.

Stewart spoke while on Capitol Hill advocating for passage of new legislation, the Presumptive Benefits for War Fighters Exposed to Burn Pits and Other Toxins Act, which was introduced by New York Sen. Kirstin Gillibrand and California Rep. Raul Ruiz, Democrats.

Under the bill, the Department of Veterans Affairs would be required to provide health benefits to veterans who were exposed to toxic hazards during their service and diagnosed with cancer, emphysema, lymphoma, chronic bronchitis, granulomatous disease, pulmonary fibrosis, sarcoidosis or asthma. Currently, veterans with cancer or other conditions have to provide proof that their exposure to toxins during their service is the cause of their illness in order to receive health benefits.

The legislation would cover veterans who are exposed to toxins while serving in more than 30 countries. According to ConnectingVets, the largest burn pit is in Balad Air Base in Iraq. It’s a 10-acre pit of “burning trash that continued to spew toxic smoke from at least 2003 to 2009.”

President Trump has made reforming the VA a centerpiece of his re-election campaign. Stewart was asked if he sees that as an opportunity to convince Trump to support the burn pits bill.

“The idea that you have to convince anybody to support this, it’s just on its face,” Stewart said after speaking at a press conference with Gillibrand, Ruiz and families members of veterans who have died. “It doesn’t matter who’s there, who’s not there, who’s in Congress. This has to be done and it’s going to get done.”

Stewart connected the burn pits bill to the coronavirus pandemic.

“A respiratory pandemic is not the best news for veterans who are suffering pulmonary injury through toxic exposure. This makes them more vulnerable,” he said. “So all we can do is fight as hard as we can to keep this thing in view. While we understand that there’s an awful lot of other things going on now, our job is to make sure that this stays in view.”

Stewart argued that burn pits are clearly connected to conditions many veterans have been diagnosed with after their active duty service.

“I’m not a scientist or a doctor, but I’m also not a f***ing idiot. Like, you can’t dig an acre-hole or 10-acre hole, the smoking gun in this case is literally smoking guns,” Stewart said. “They burned weaponry with jet fuel, and our soldiers inhaled it 24 hours a day, seven days a week. So I don’t know what else you need to see.”