John Leguizamo: Latinos Who Support Trump Are Like 'Roaches for Raid'

John Leguizamo: Latinos Who Support Trump Are Like 'Roaches for Raid' 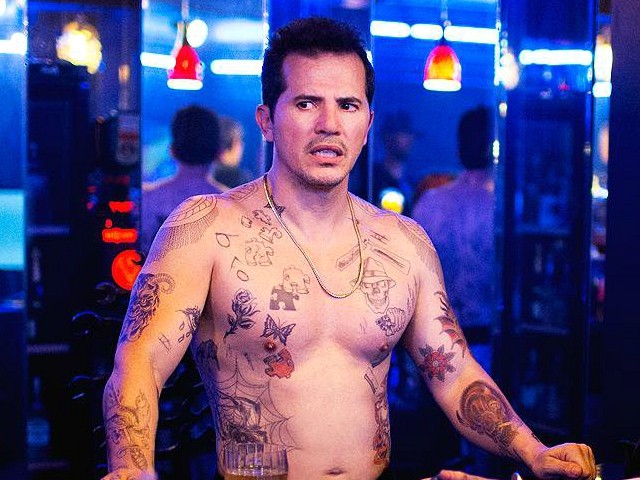 Hollywood actor John Leguizamo has compared Latinos who support President Donald Trump to “roaches for Raid,” claiming that they are self-haters who don’t care about other Latinos “who are in cages.”

John Leguizamo made the provocative remarks during an appearance Friday on HBO’s Real Time with Bill Maher. At one point Maher asked the actor about a recent report indicating that President Trump  is popular among young Latino males.

“Trump is doing rather well with young Latino men because of the machismo factor, and — well, I see you shaking your head,” Maher told Leguizamo.

The actor replied: “Latin people for Republicans are like roaches for Raid. Let’s just get real. So, I just feel like there’s a level of self-hate, or just lack of care  for the rest of your Latin brothers and sisters who are in cages, who are being demonized by this president.”

Leguizamo didn’t mention that the Obama-Biden administration started the policy of separating kids from adults at the border, and that the so-called “cages” are chain-linked enclosures.

Recent polls indicate that President Trump has garnered support from more than 30 percent of the Latino population, which would indicate an increase from the president’s Latino support during the 2016 election.

During the broadcast, Bill Maher called out Leguizamo for using “Latinx,” a term that only 3 percent of Latinos use, according to recent Pew Research study.

Leguizao said Friday that “hate crimes against Latin people are way up,”  citing the mass shooting in El Paso last year. “You don’t care so you’re gonna vote for this braggadocio president?” he said, referring to Latino Trump supporters.

Leguizamo and Maher then segued to Biden’s Catholic faith.

“They’re [Republicans] spreading this stuff that Biden is about to steal the Virgin Mary,” said the actor. “First of all, he’s a super Catholic. Come on, I’m a God-less comic, like yourself. What’s he gonna be, like the Grinch with a big bag stealing the Virgin Mary? Who’s gonna carry those heavy-ass statues? Come on! He’s not taking the Virgin Mary.”

The actor recently said he would boycott this year’s Emmy Awards over the lack of Latino representation among the nominees, saying that Latinos are the largest minority group in the United States and will “decide who is president this year.”