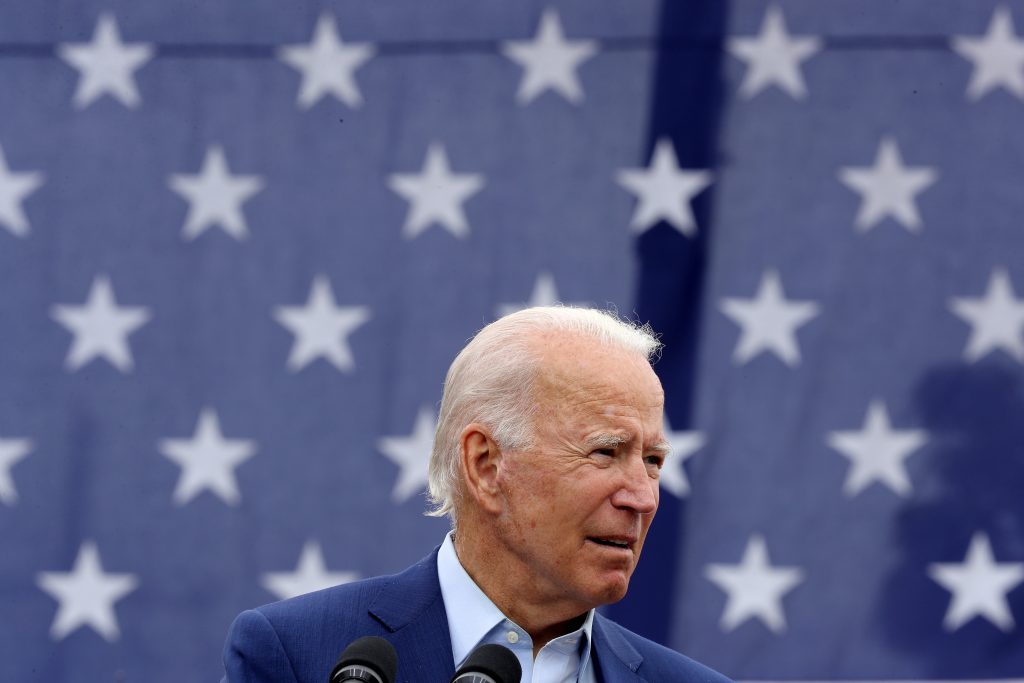 Iran is behind an ongoing series of hack attacks and online disinformation campaigns meant to influence the 2020 U.S. presidential election and boost Democratic candidate Joe Biden.

The Islamic Republic is betting on Biden’s campaign, according to regional experts and U.S. officials tracking the country’s efforts to sway the presidential contest. Tehran has engaged in cyber espionage operations targeting President Donald Trump’s campaign since late 2019, cyber experts say. It also has joined adversarial regimes such as Russia and China in waging online disinformation campaigns on social media as part of a larger effort to polarize voters and sow discord across America.

Iran’s efforts include amplifying anti-Trump voices in its state-controlled news outlets and creating false online personas to elevate similar material. Both Facebook and Twitter have moved in recent months to remove a litany of false accounts that they say were controlled mainly by Iran, Russia, and China. These countries have promoted disinformation about the coronavirus pandemic and critiques of Trump’s response. The sophistication of these attacks has ranged from advanced stealth efforts to infiltrate the campaign and elected officials to more amateurish campaigns promoting propaganda via a slew of false social media accounts.

Iran’s efforts are meant to undermine the 2020 election. The Trump administration has waged the most aggressive sanctions campaign on Iran in history, destroying its economy and putting the ruling regime in a precarious position. Iranian leaders are betting on Biden to revive a series of policies first implemented by the Obama administration that gave Tehran access to hard currency and significant relief from crushing international sanctions. Four more years of Trump could put the Iranian regime on the brink of collapse, experts say.

“In the case of the 2020 election, it’s clear the regime cannot handle four more years of maximum pressure,” said Behnam Ben Taleblu, an Iran specialist with the Foundation for Defense of Democracies think tank. “It’s also clear that the regime has a particular disdain for the Trump administration, which has been remarkably effective in restoring and adding sanctions on Tehran, making them more effective—despite being unilateral—in record-setting time.”

However, “this should not be confused with being pro-Biden, per se,” as Iran remains wedded to its anti-American ideology that stretches across both political parties, according to Ben Taleblu.

Earlier this year, for instance, Facebook disclosed that it had removed “118 Pages, 389 Facebook accounts, 27 Groups, and 6 Instagram accounts,” all of them under Iran’s control. This activity included boosting the liberal “Occupy movement in the U.S. [and] criticism of U.S. policies in the Middle East,” according to Facebook, which removed a number of similar accounts in 2019.

This campaign bubbled into public view last month when William Evanina, director of the National Counterintelligence and Security Center, disclosed that “Iran seeks to undermine U.S. democratic institutions, President Trump, and to divide the country in advance of the 2020 elections.”

Iran’s efforts, Evanina said, are “driven by a perception that President Trump’s reelection would result in a continuation of U.S. pressure on Iran in an effort to foment regime change.”

Iran also has enlisted hackers in its disinformation campaign.

In late 2019, Microsoft disclosed that Iran was behind a series of hacks reportedly targeting the Trump campaign. Tehran reportedly made nearly 3,000 attempts to penetrate accounts over a 30-day period.

Hacks of this nature have become commonplace for Iran as it seeks to spy on Americans and peddle its propaganda.

“Iran’s ultimate goal, hence its partnership with other revisionist or rejectionist powers like Russia and China, is the decline of the American-led world order,” said FDD’s Ben Taleblu. “Having Americans at each other’s throats day-in and day-out helps them accomplish this most nefarious of goals.”