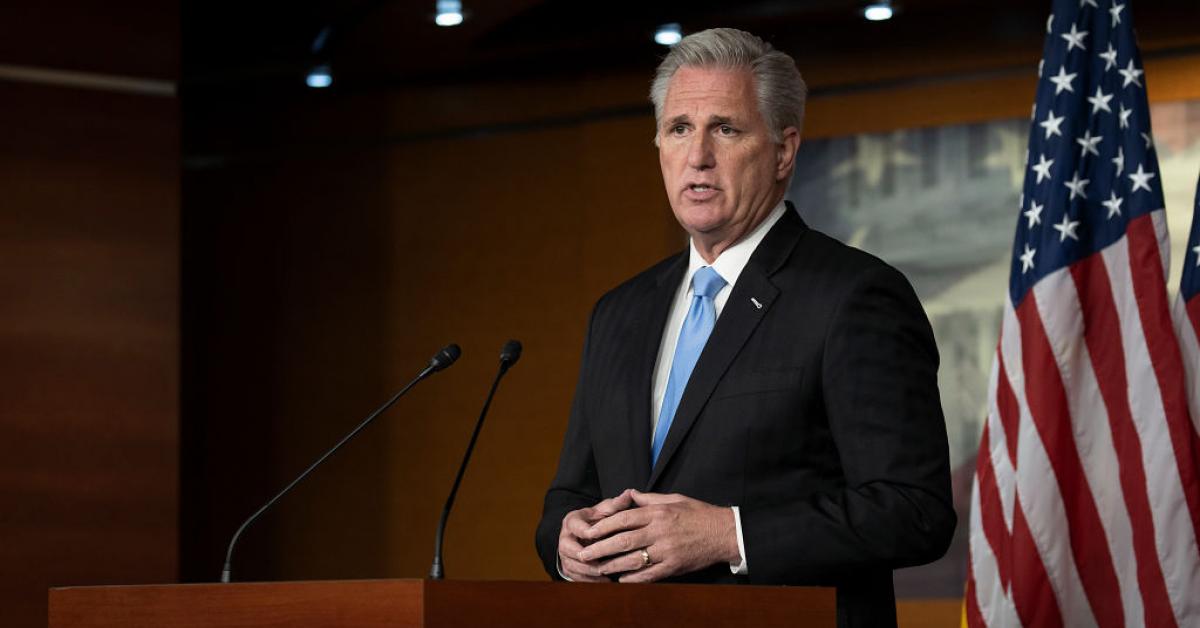 House Republican leader Kevin McCarthy said Thursday that President Trump deserves to win a Nobel Peace Prize for his efforts to bring accord to the Middle East.

“Yeah, I do,” McCarthy said when asked whether Trump deserved the award from the Norwegian Noble Committee.

The California Republican attended the signing ceremony for the Abraham Accords at the White House involves Bahrain, Israel and the United Arab Emirates.

“It was a very moving moment. Think for one moment, not one country, but two recognizing Israel. Think for a moment of how much the world has spent on trying to find peace in the Middle East. It’s not a Republican or Democrat issue,” he said at a press conference.

“It’s an issue for all of the world to keep it safer. I think it’s something we would all celebrate, regardless of who was able to achieve it. And I think it was only because President Trump took new eyes and new thought to it. They didn’t try the same old way in the same old place,” he also said.

McCarthy criticized House Speaker Nancy Pelosi for calling votes while the ceremony was taking place Tuesday at the White House and noted that the California Democrat had called the event a distraction.

“They are so out of step. Can they not move politics out and put what’s good for the American public first?” he said about the Democrats.