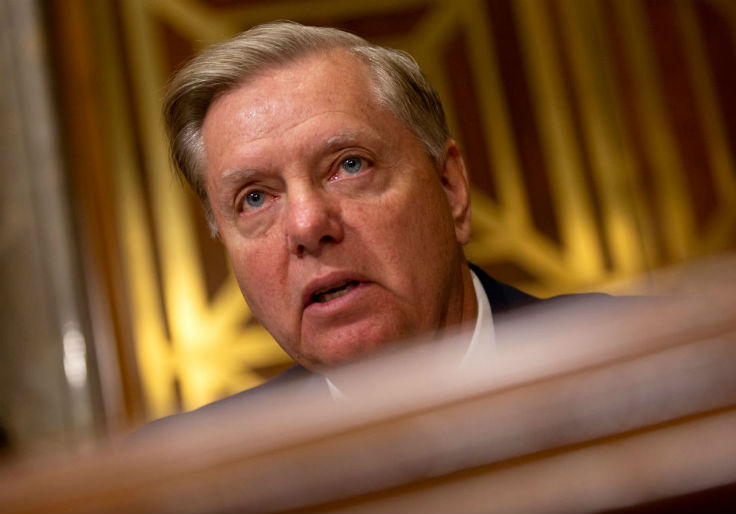 Sen. Lindsey Graham (R., S.C.) released 11 years of tax returns on Wednesday and called on his opponent, former corporate lobbyist Jaime Harrison, to do the same.

“Jaime Harrison was paid millions of dollars as a high-paid Washington lobbyist at the now-defunct Podesta Group, a well-known Democratic lobbying firm founded by Hillary Clinton’s campaign chairman,” Graham’s campaign said in a statement. “We call on Mr. Harrison to come clean about how many millions he made as a high-paid lobbyist, release his state and federal tax returns for the last 11 years, and match Senator Graham’s unprecedented transparency.”

Harrison did not respond to a request for comment on the challenge.

As a staffer for Rep. Jim Clyburn (D., S.C.) in May 2008, Harrison’s financial disclosure showed no reportable assets and credit card and loan debt between $140,004 and $365,000. His financial outlook turned, however, after leaving Clyburn’s office months later to join Podesta Group. At the now-defunct lobbying firm, Harrison represented a slew of corporate giants, including Walmart, BP, Bank of America, Boeing, and Google.

After leaving Podesta Group in 2016, Harrison submitted a financial disclosure in August 2019 showing no credit card debt and assets of up to $3.45 million. While the disclosure showed he still owed between $50,001 and $100,001 in outstanding student loans at the time, the debts were dwarfed by his assets, which included a checking account worth between $250,001 and $500,000.

Harrison previously defended his work as a lobbyist while running for Democratic National Committee chairman in 2016.

“I’m no longer a lobbyist, but a lot of good Democrats are,” Harrison told Vox. “I won’t participate in this blanket assassination of various folks because some members of our party don’t agree with what their jobs are.”

Harrison dropped out of the race in early 2017 to endorse eventual winner Tom Perez, who then paid Harrison more than $22,000 to cover campaign expenses. He has since been embraced by the Democratic establishment, receiving the Democratic Senatorial Campaign Committee’s endorsement on May 30, 2019—just one day after launching his campaign.

Graham, an Air Force veteran and former state legislator, is among the least wealthy members of the Senate, according to the Center for Responsive Politics. His campaign says the tax returns show $2.1 million in adjusted gross income between 2008 and 2019, with most of the money coming from his congressional salary and annual military pension.