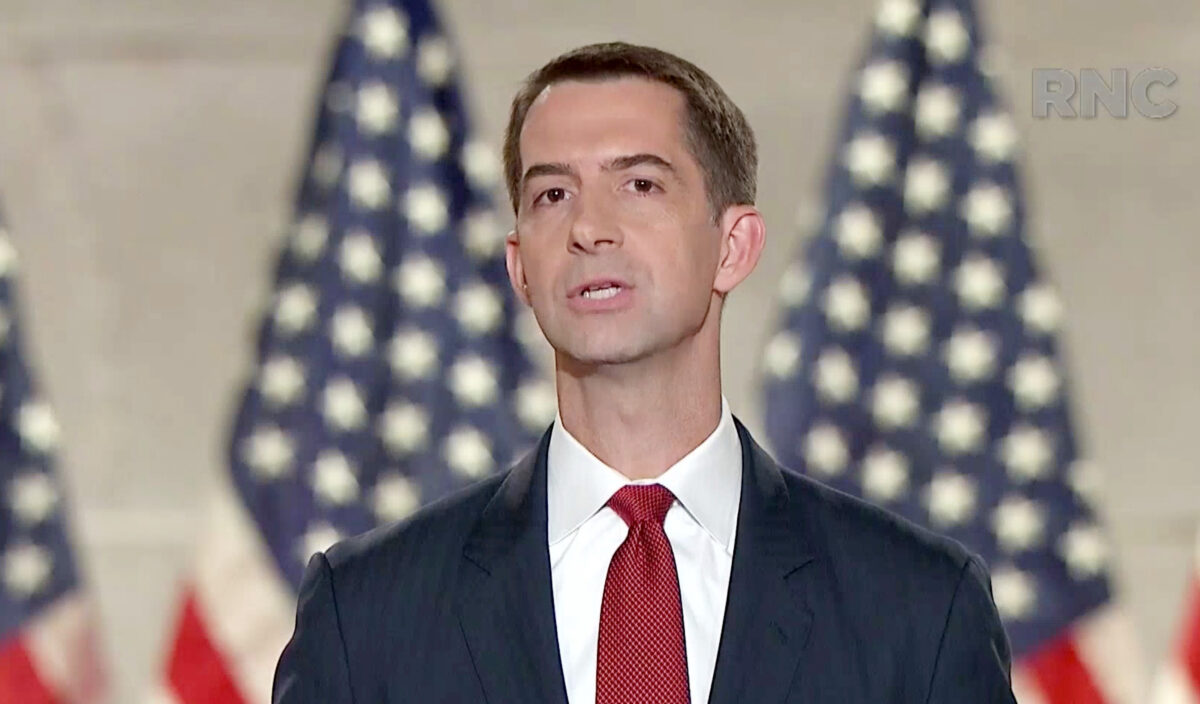 A group of Republican senators led by Sen. Tom Cotton (R-Ark.) have submitted a letter to President Donald Trump calling for U.S. customs policy and guidelines to be amended to ensure that “Made in Israel” labels are placed on Israeli products produced in the Jewish settlements in the West Bank, Judea, and Samaria.

They called on the president to undo a 2016 Obama administration measure that reestablished a 1995 policy that requires products made in Judea and Samaria to be labeled “Made in West Bank,” although they acknowledged that the policy does not get enforced.

“While it is our understanding that this labeling policy is not enforced by U.S. authorities, we are concerned that a future administration could choose to enforce these rules,” the senators said.

The West Bank areas, as well as the Gaza Strip and East Jerusalem, were captured by Israel from Jordanian control in the 1967 Middle East war and annexed it in a move not recognized internationally. The Trump administration in its first term sought to break the impasse in Israeli–Palestinian peace negotiations. In 2017, it decided to recognize Jerusalem as Israel’s capital, and set a challenge for Israelis and Palestinians to decide on the city’s final borders. The move was met with both support and ridicule.

“We appreciate your leadership and many achievements in support of Israel, our closest ally in the Middle East,” the senators wrote. “Unfortunately, the United Nations and some prominent members of the Democratic Party are working to oppose Israel and to support the anti-Semitic Boycott, Divestment and Sanctions (BDS) movement, which seeks to isolate and damage Israel economically.”

The Republican senators added, “While it is our understanding that this labeling policy is not enforced by U.S. authorities, we are concerned that a future administration could choose to enforce these rules and thereby differentiate Israeli goods produced in Judea and Samaria, making them prime targets for BDS boycotts.

“Your administration should continue its string of pro-Israel policy changes by undoing these misguided Clinton-era guidelines, thereby allowing Israeli goods produced in Judea and Samaria to be labeled as ‘Made in Israel.’ This decision would be yet another achievement by your administration that would support Israel and would push back against anti-Semitism and the BDS movement,” the GOP senators wrote.

In 2016, Cotton attempted to pass legislation mandating the policy change, but it didn’t gather enough support in Congress.

Pompeo is this week expected to tour a winery in Jabal al-Tawil near the city of Ramallah in West Bank, making him the first U.S. Secretary of State to visit the region.