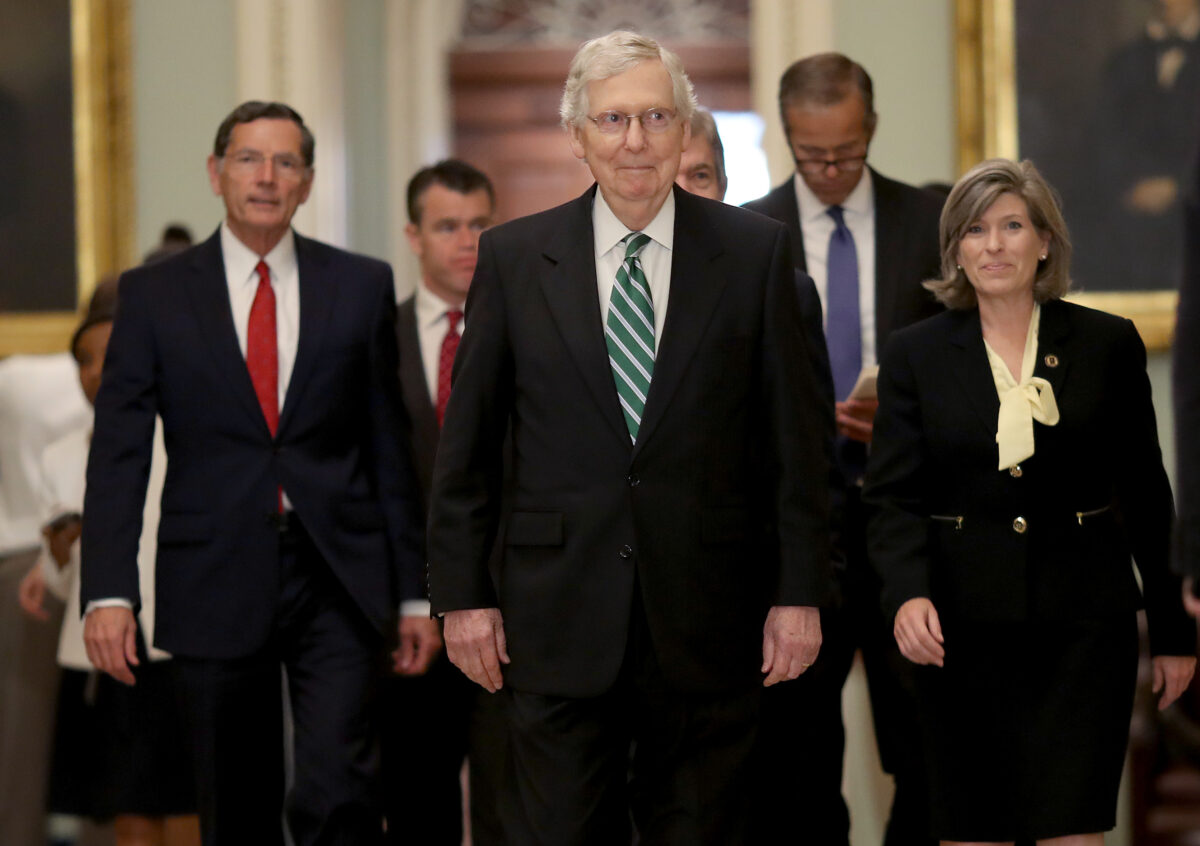 Several GOP leaders in the Senate said they are eyeing an early break and want to allow their colleagues to go on the campaign trail next week, noting that COVID-19 relief measures will not be passed before Election Day despite calls to action on a bill from President Donald Trump.

Senate Majority Whip John Thune (R-S.D.) told reporters Thursday that working on a continuing resolution to fund federal agencies after Sept. 30 is the priority for the current congressional session.

“That would be ideal if we could get that wrapped up. That will involve a high level of cooperation on both sides,” he said, according to The Hill website. “That would be great.”

Thune also said that both Republicans and Democrats in the Senate would likely support going back to their states to campaign ahead of the November election.

“I’m sure both sides like to have their members out there,” he said, adding: “I think once we get the [continuing resolution] done, I don’t know there is going to be a lot more business to be transacted,” he said. “Ideally if we could get things wrapped up by the end of next week with the Jewish holidays coming the following week … I think that would be a good outcome for everyone and then we’ll take it up again after November,” he said.

His comments come after President Trump on Wednesday called on the GOP to pass a CCP virus stimulus package greater than $500 billion.

“Go for the much higher numbers, Republicans, it all comes back to the USA anyway (one way or another!),” he wrote on Twitter.

Later, White House press secretary Kayleigh McEnany said Trump “absolutely wants to get a stimulus deal done,” she told reporters on Wednesday, adding that Trump was referring to the GOP bill “that didn’t include direct payments and he’s very keen to see these direct payments.”

“We are encouraged that after months of the Senate Republicans insisting on shortchanging the massive needs of the American people, President Trump is now calling on Republicans to ‘go for the much higher numbers’ in the next coronavirus relief package,” Pelosi and Schumer said.

However, it’s still not clear when the White House will meet with Pelosi and Schumer.

House Democrats in May passed a $3 trillion bill called the HEROES Act that would include new $1,200 stimulus checks. The measure never became law after the White House and Senate Republicans rejected numerous other provisions in the bill, with Senate Majority Leader Mitch McConnell (R-Ky.) describing it as a “socialist manifesto” in July.