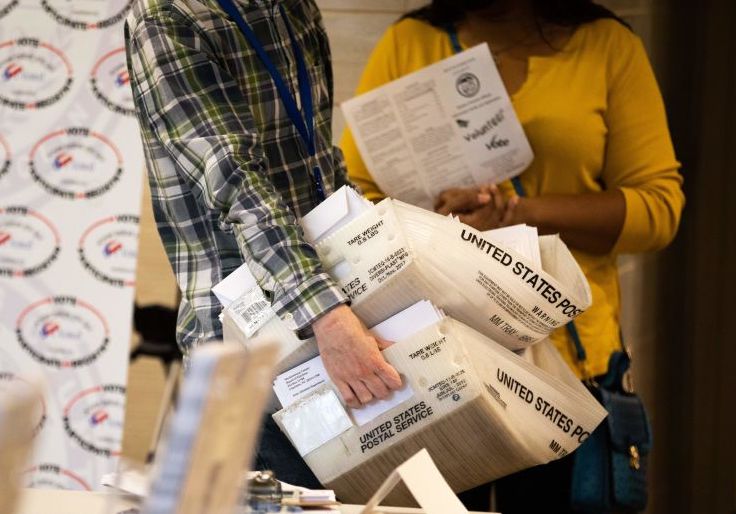 Georgia secretary of state Brad Raffensperger announced an investigation into the 1,000 cases of double-voting that took place in the state’s June primary and August runoff elections.

“Every double voter will be investigated thoroughly,” Raffensperger said. “A double voter knows exactly what they are doing, diluting the votes of each and every voter that follows the law.”

Democrats and the media have repeatedly declared there is essentially no chance of voter fraud affecting the 2020 election, particularly when it comes to mail-in voting. Last week, Joe Biden told a local Georgia television station there is “not a shred of evidence that mail-in voting is fraudulent.”

After Raffensperger’s announcement, the Democratic Party of Georgia attacked the investigations as stemming from “the GOP’s voting conspiracy theories” that are being deployed to suppress the vote.

Last week Attorney General William Barr told CNN elections with mail-in voting have contained “substantial fraud and coercion.” But CNN “fact-checked” his statement saying it was an “overgeneralization,” and the Washington Post, New York Times, and NPR demonstrate how other mainstream outlets are also downplaying the threat of voter fraud.

“We can call it false: all evidence shows that fraud in mail voting is extremely rare,” CNN argued.

Raffensperger said some individuals are trying to “game the system” and the state will prosecute, since voter fraud is a felony in Georgia. He said his election and investigative units had been investigating reports of fraud for the past several weeks.