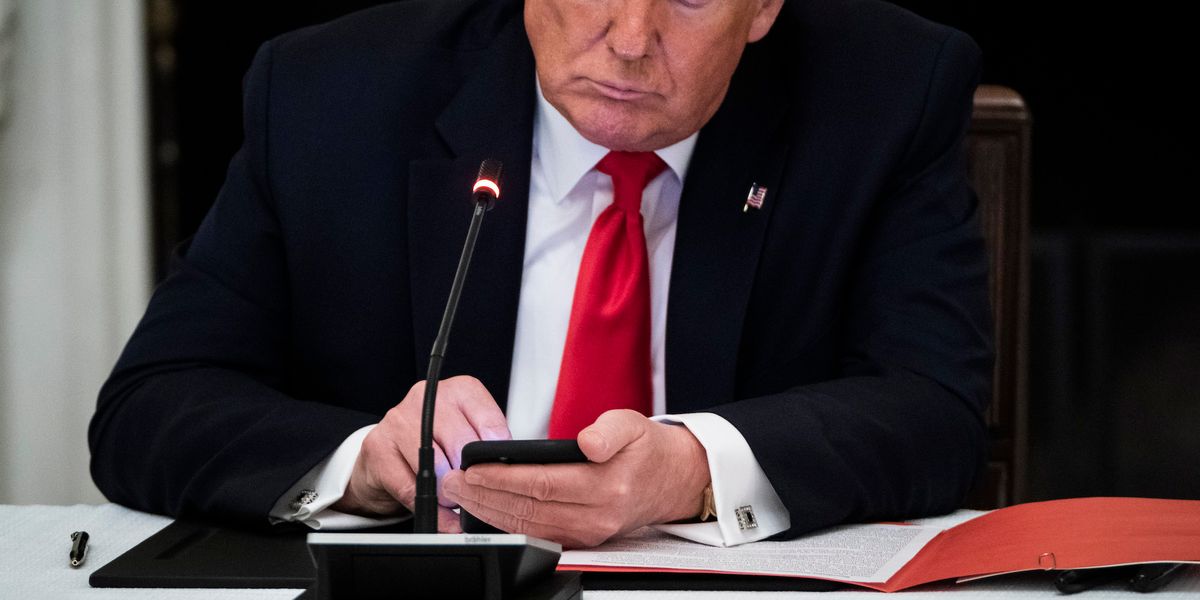 A former Twitter and Google executive is advocating that the social media accounts of President Donald Trump should be muted while Americans are casting their vote until a winner of the election is determined.

“You say Trump should be silenced on both platforms until the winner of the election is determined. That’s a pretty extreme suggestion,” Tapper said. “Why do you say that?”

“I agree, it is, and extreme times demand extreme suggestions. I did not come to this opinion lightly,” responded Greenberger, who was Twitter’s former global director of content partnership, news and Google’s former head of industry relations.

“I believe that the tech companies, generally, have a responsibility to be neutral. I think in the case of Twitter specifically, it’s been a great champion of the democratization of information as well as a strong supporter of freedom of expression,” he explained.

“However, we are in a unique, and, I believe, a fraught moment in time with a president who is desperate and he’s facing a very difficult situation,” Greenberger said. “I think the time is to mute the president, temporarily, while votes are being cast right now and until the winner is decided.”

Tapper gave a backhanded “defense” of the president, saying that he was merely continuing his habit of tweeting conspiracy theories and false information.

“As you say, he has been a reckless poster on Twitter, on Facebook and other platforms,” agreed Greenberger.

“However, it’s time, I believe, that Twitter hold him accountable to the same terms and conditions, the same rules of the road that every other user is subject to. They have been wrestling with and tying themselves up in pretzels in an effort to try to accommodate the president. They have taken some very laudable steps,” he continued.

“They were the first in fact, to start labeling some of the president’s tweets as misinformation,” he added. “I think that was a very bold, important move. And they’ve gone so far, as of today, I believe, turning off some of the key engagement features of the platform in order to slow down the cause of misinformation.”

He went on to cite a study saying the president and other leaders were the greatest purveyors of misleading information.

The president has said that social media platforms like Twitter allow him to bypass the media and reach his supporters directly.

Here’s the video of Greenberger on CNN: