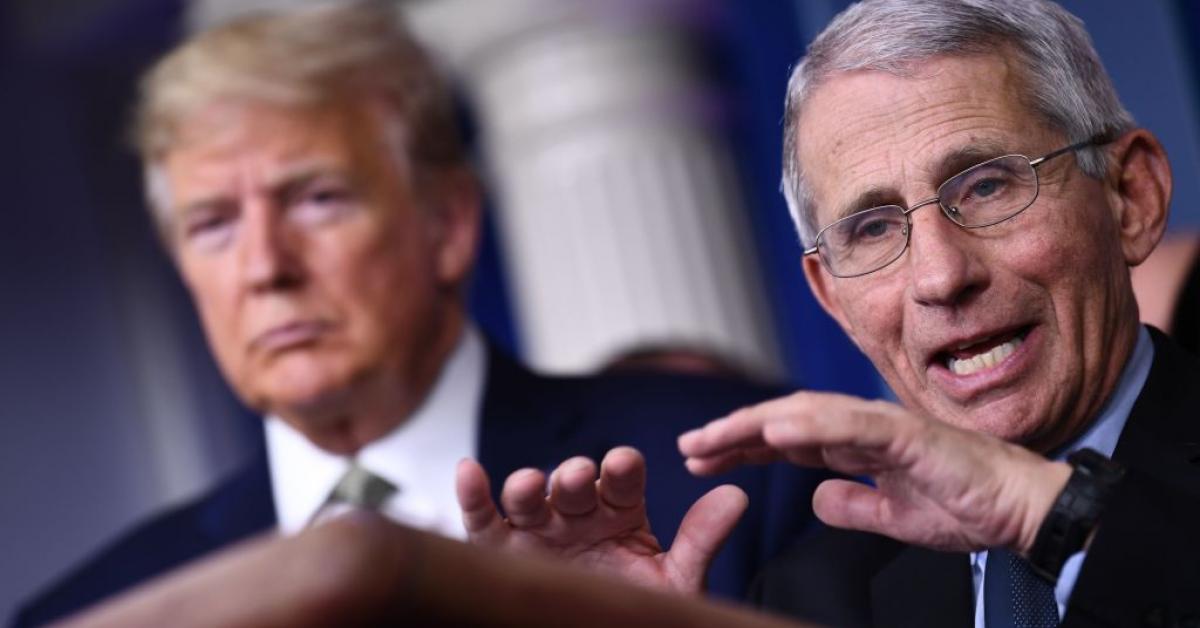 National Institute of Allergy and Infectious Diseases Director Dr. Anthony Fauci said that he does not believe the president “distorted things that I spoke to him about.”

Fauci made the comment on Wednesday when fielding questions pertaining to journalist Bob Woodward’s forthcoming book about President Donald Trump.

During an interview on Fox News, Fauci responded to some of the claims presented in the book.

“You know, if you notice, it was others have said that. So, you know, you should ask others. I don’t recall that at all,” Fauci told Fox News’s John Roberts. “I didn’t read the book but according to what I saw in the newspapers it says, and others have said that,” Fauci remarked.

The president during an interview with Woodward said regarding the COVID-19 public health crisis: “I wanted to always play it down. I still like playing it down, because I don’t want to create a panic.”

Fauci said that he did not remember Trump downplaying the situation.

“I didn’t get any sense that he was distorting anything,” Fauci said. “I mean in my discussions with him, they were always straightforward about the concerns that we had. We related that to him. And when he would go out, I’d hear him discussing the same sort of things. He would often say, ‘We just got through with a briefing with the group from the task force,’ and would talk about it.”

Fauci added that “it may have happened, but I have not seen that kind of distortion.”

Fauci noted regarding President Trump that “often he would want to make sure that the country doesn’t get down and out about things. But I don’t recall anything that was any gross distortion in things that I spoke to him about.”