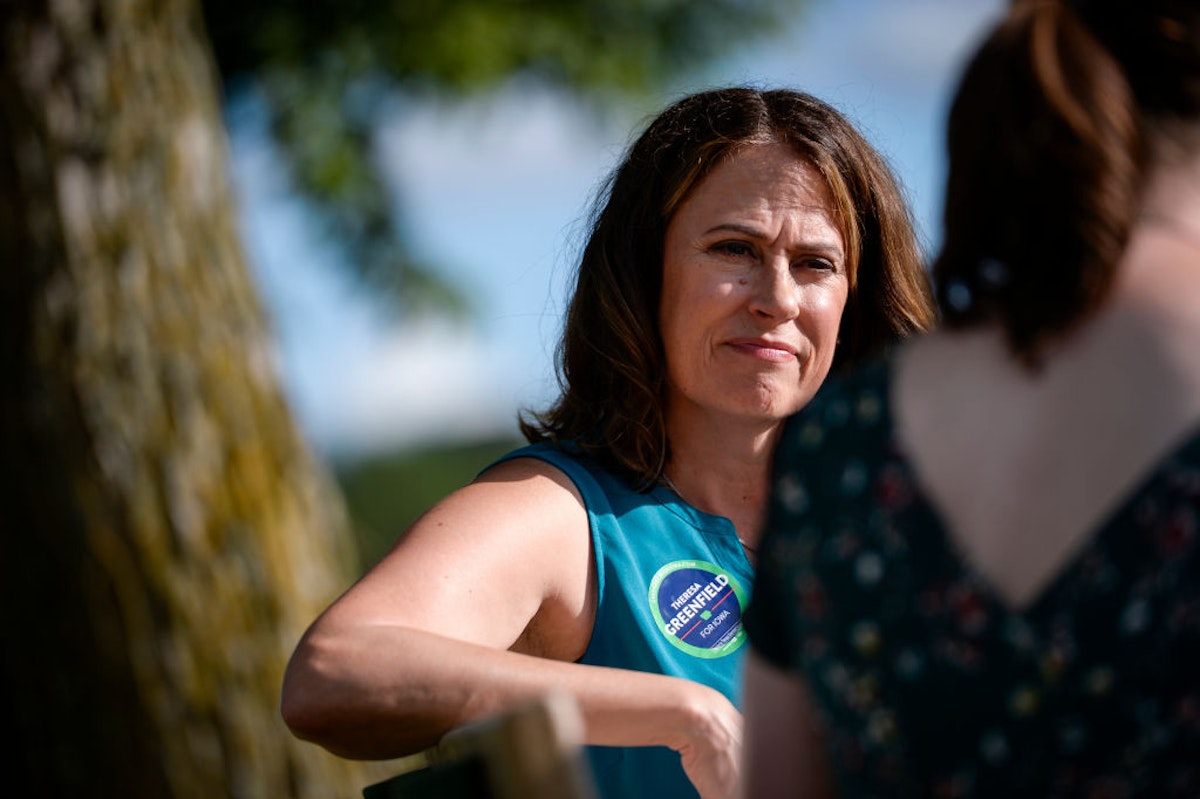 The campaign of Theresa Greenfield, the Democratic challenger to GOP Iowa Senator Joni Ernst, used the picture of an Iowa farmer on an October mailer without getting permission from the man — and he supports Ernst.

The Greenfield campaign used a photo of three generations of the Kuntz family, which has “farmed corn and soybeans in the state for five generations,” The Washington Free Beacon noted.  Those three generations included Chad Kuntz, his father, and his son at their Oakville, Iowa, farm.

The mailer states, “Theresa Greenfield relied on Social Security. She’ll stand up to anyone who threatens it,” before adding, “Theresa knows that Iowans work hard for their families and their futures. She’ll make sure our seniors are able to have a comfortable retirement after a lifetime of hard work.”

“Theresa Greenfield has our image on a flyer, but Joni Ernst has our vote. My family will vote that way as well—we’re very strong supporters of her,” Chad Kuntz said. “That flyer is not a genuine depiction of an Iowa farmer who supports Theresa Greenfield. It’s kind of a sham.”

“When the flyer showed up, I said, ‘Rats, I wish that I would have at least been given a courtesy call to ask for permission,’” Kuntz continued. “Because we definitely do not support Theresa Greenfield. I’m not crying over spilt milk here. I realize I don’t have a say in where the image goes. My say is when I go and vote.”

Earlier this month, after CNN reported that Ernst (R-IA) was unwilling to answer a CNN correspondent when she was queried as to whether it was appropriate for President Trump to ask a foreign government to investigate a political rival, House Speaker Nancy Pelosi snidely subtweeted Ernst, without bothering to confront her directly. Pelosi tweeted, “Republicans are now refusing to answer the simplest question: whether it’s acceptable for a president to pressure foreign countries to undermine our elections. American elections should be decided by Americans, not by ‘favors’ from foreign governments.”

If Pelosi expected Ernst, who served in the Iowa Army National Guard from 1993 to 2015, where retired as a lieutenant colonel, to be intimidated, she was sadly mistaken. Ernst fired back, “Actually, American elections should be decided by ELECTIONS. Not politicians. I know you’re still upset about the results from 2016, but people here in Iowa would sure appreciate it if you spent less time playing political games and actually brought #USMCAnowup for a vote.”

Actually, American elections should be decided by ELECTIONS. Not politicians. I know you’re still upset about the results from 2016, but people here in Iowa would sure appreciate it if you spent less time playing political games and actually brought #USMCAnow up for a vote. https://t.co/YM07a1MXbl