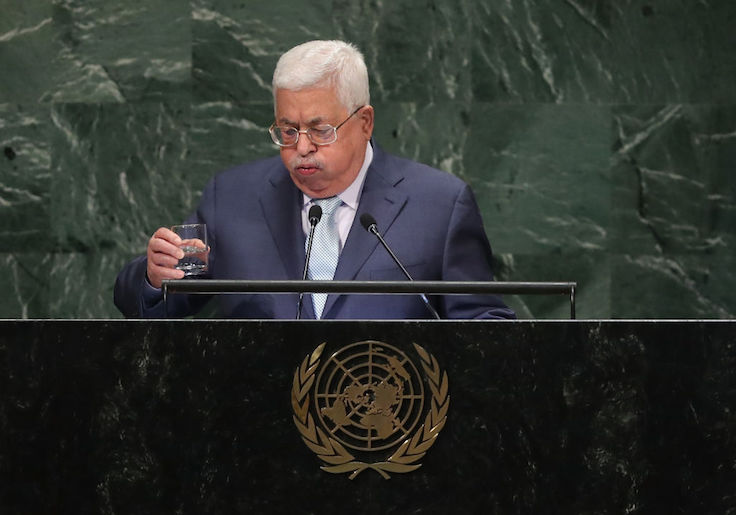 The Palestinian government reportedly softened its stance toward a recent peace deal between Israel and the United Arab Emirates, signaling that Palestinian leaders have become even more isolated regionally as a result of their hardline rhetoric and ongoing support for terrorism.

Palestinian leaders are scheduled to unveil a draft resolution on the Israel-UAE peace accord later this week during a meeting of the Arab League in Cairo. While senior Palestinian officials initially reacted to the historic peace deal with anger and threats, their draft resolution walks back this hostility. The measure “does not include a call to condemn, or act against, the Emirates over the U.S.-brokered deal,” according to Reuters.

The Palestinian government recalled its ambassador from the UAE after the peace deal was announced and vowed he would not return to the country until the peace agreement was nixed. The Palestinians found themselves further isolated in the region, however, as the deal gained support from Gulf Arab nations and others, paving the way for Bahrain to possibly ink its own peace deal with Israel. In recent days, Palestinian president Mahmoud Abbas issued orders banning his government from condemning the deal and attacking Arab supporters.

The draft Palestinian measure now states that the peace agreement does not “diminish Arab consensus over the Palestinian cause, the Palestinian cause is the cause of the entire Arab nation,” according to Reuters. “The trilateral announcement doesn’t change the principal Arab vision based on the fact that the two-state solution on the 1967 borders is the only way to achieve peace in the Middle East.”

A more hardline resolution was unlikely to receive any support at the Arab League. Early criticism from Palestinian leaders who called the peace deal “a stab in the back” only served to further isolate Palestinian officials from their Arab neighbors. The region’s chief opponents of the deal still remain Iran and its terrorist proxy group Hezbollah in Lebanon.