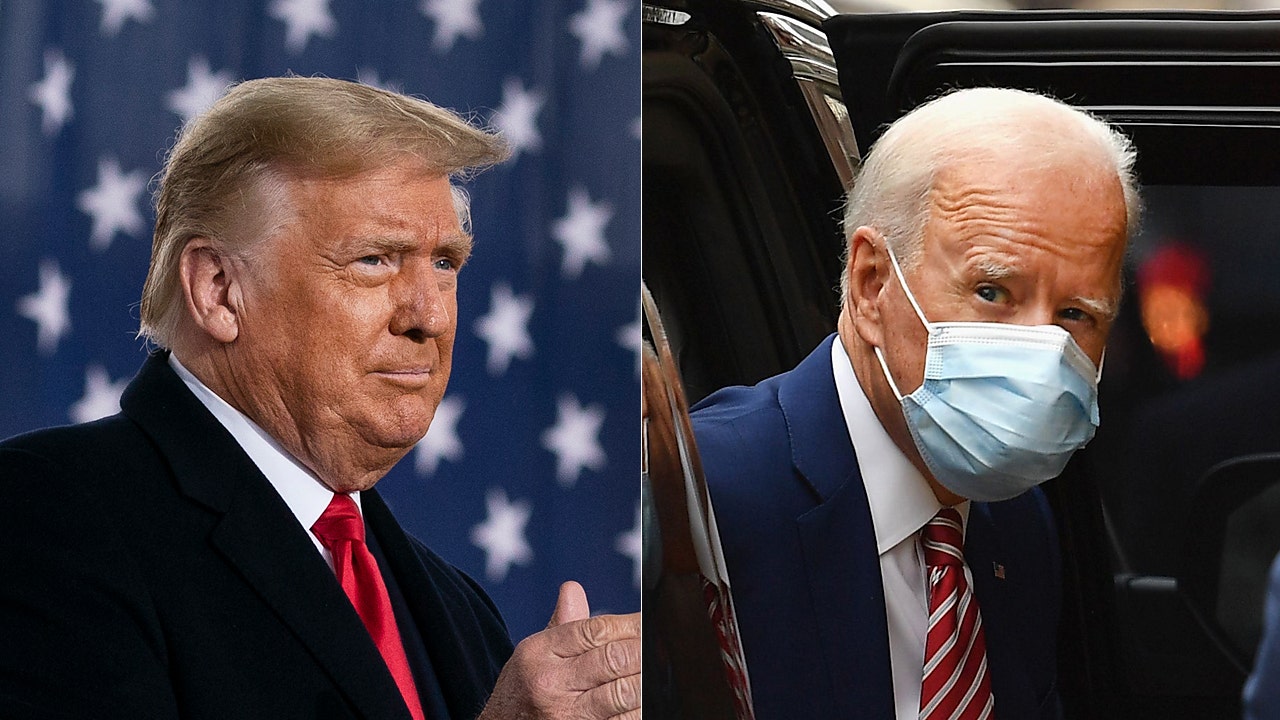 President Trump is embarking on a campaign swing through key battleground states with the November election just one week away, as Democratic rival Joe Biden picks up the pace of his travel with a planned trip to reliably red Georgia.

The Democratic presidential nominee will stump in Warm Springs, Ga. — population just over 400 — on Tuesday before heading to Atlanta for a drive-in event to encourage Georgians to cast their ballots during the last week of early voting.

Georgia has not backed a Democrat for president since 1992 when Bill Clinton beat incumbent President George H. W. Bush. But the Biden campaign sees an opening for the former vice president in the Peach State as turnout increases among Black voters and the Atlanta suburbs shift away from the Republican Party. According to an average of polls by RealClearPolitics, Trump has a slim 0.4.-percentage-point lead in the state.

Biden’s campaign pledged last week that he was “going to campaign aggressively” in the final 11 days before the election, but since the second and final debate on Thursday night, the candidate has only ventured out of Delaware twice: to Pennsylvania on both Saturday and Monday.

The Trump campaign has frequently taken aim at Biden for his lack of campaign events  — Trump has dubbed his Democratic opponent “basement Joe”  — and reiterated that criticism Monday.

“No events for Joe Biden today???” Jason Miller, a senior adviser for the Trump campaign, tweeted. “He’s lid crazy!” (Calling a lid refers to a candidate or campaign indicating to the press that they will not hold any more events, typically for the remainder of day).

But Biden defended his campaign approach on Monday, saying he regularly works 12-hour days even if there are no public appearances on the schedule. He also noted that in the coming week he’ll make campaign stops in Wisconsin, Florida and Iowa.

“The reason it looks like we’re not traveling — we’re not putting on superspreaders,” Biden told reporters. “We are doing what we’re doing here. Everyone is wearing a mask and trying the best they can to be socially distanced. … It’s important to be responsible.”

An average of polls by RealClearPolitics shows Biden with a solid lead nationally, although it’s tighter in the key battleground states candidates need to win to reach 270 electoral votes.

Trump, meanwhile, is focusing his efforts on the “blue wall” that he knocked down in 2016 when he defeated Hillary Clinton by winning Pennsylvania, Michigan and Wisconsin. The president regularly holds more than one campaign rally per day and frequently visits more than one state on his whirlwind campaign tour of the country.

On Tuesday, Trump is slated to leave Washington for Michigan in the early afternoon for a campaign rally in Lansing. Democrat Gov. Gretchen Whitmer, with whom Trump has repeatedly sparred, called the rally a “recipe for disaster” amid soaring coronavirus cases in the state and urged people to not attend the event.

“We take strong precautions for our campaign events,” Courtney Parella, deputy national press secretary for Trump’s reelection campaign, said in a statement. “Every attendee is provided a mask they’re instructed to wear and has access to plenty of hand sanitizer. We also have signs at our events instructing attendees to wear their masks.”

From Michigan, the president is traveling to Wisconsin for a rally in La Crosse.

The RealClearPolitics poll averages show Biden up 5.5 percentage points in Wisconsin and leading by 9 percentage points in Michigan. A new poll released Monday by the Elections Research Center at the University of Wisconsin-Madison found Biden had increased his lead in the so-called “blue wall” states, with support above 50% in each state.

Trump will conclude the day with a trip to Nebraska and a campaign rally in Omaha. While reliably red — the state hasn’t voted to elect a Democrat as president since 1964 — Nebraska is unlike most states in that it does not have a winner-take-all system. Nebraska divides its Electoral College votes, giving two to the winner of the statewide vote and one to the winner of each congressional district.

Nebraska has five electoral votes, four of which are almost certainly going to Trump.

The presidential campaigns are also dispatching their running mates to appeal to voters. Vice President Mike Pence will hold a campaign rally in Greensboro, N.C., on Tuesday afternoon.

Biden holds a slim 1.2-percentage-point lead in the state, according to an aggregate of polls.