Disney’s Mulan Takes Heat for Bowing Down to Beijing 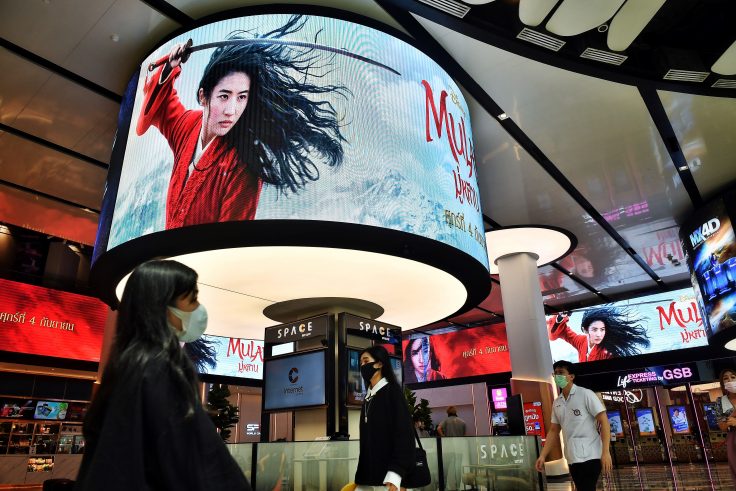 Hollywood powerhouse Disney is facing criticism after reports that portions of its new live-action remake of Mulan were filmed in Xinjiang, where China detains and abuses millions of Uighur Muslims.

Not only did Disney fail to recognize atrocities committed by the Chinese government in the Xinjiang province where Mulan was filmed, but it went out of its way to thank Chinese Communist Party (CCP) entities responsible for human rights abuses in Xinjiang in the closing credits. In western China—particularly in the province of Xinjiang—the CCP oversees a “culture of death” where late-term abortions, forced sterilization, and cultural genocide are common.

Links between the film and the Chinese government do not end with its filming in Xinjiang. Liu Yifei, a Chinese-born actress who played the titular character Mulan, in 2019 went on record to support the Hong Kong police crackdown on pro-democracy protests. Police action in the city heightened this summer following the CCP’s hostile takeover of Hong Kong.

“I support Hong Kong’s police, you can beat me up now,” Liu wrote in a post on the Chinese social media platform Weibo. “What a shame for Hong Kong.”

As a result of Disney’s failure to condemn the atrocities as well as comments made by Liu Yifei, the film’s lead actress, in support of the violent crackdown on peaceful protesters in Hong Kong, activists are calling for a boycott of the film on social media.

“Because Disney kowtows to Beijing, and because Liu Yifei openly and proudly endorses police brutality in Hong Kong, I urge everyone who believes in human rights to #BoycottMulan,” Hong Kong activist Joshua Wong tweeted Friday.

Disney has made values-based choices in choosing filming locations in years past. In 2019, Disney’s then-CEO Bob Iger told Reuters it would be “very difficult” to continue shooting films like Black Panther and Avengers: Endgame in Georgia after Gov. Brian Kemp’s (R.) passage of a law banning abortion after a heartbeat in the fetus is detected.

“I think many people who work for us will not want to work there, and we will have to heed their wishes in that regard,” Iger said. “Right now we are watching it very carefully.”

Disney is not the only Hollywood powerhouse with ties to the CCP. A July Free Beacon report detailed close ties between film distributor Cinedigm and Chinese military-affiliated individuals and enterprises. And China’s influence over America’s film industry was on display when the highly anticipated sequel to Top Gun omitted a Taiwanese flag from a jacket on set to ease market entry into China.

China’s ruthless treatment of the Uighur population is well-documented and has been condemned by top officials in the Trump administration.

Ullyot added that the CCP’s treatment of the Uighurs is the “largest incarceration of an ethnic minority since World War II.”