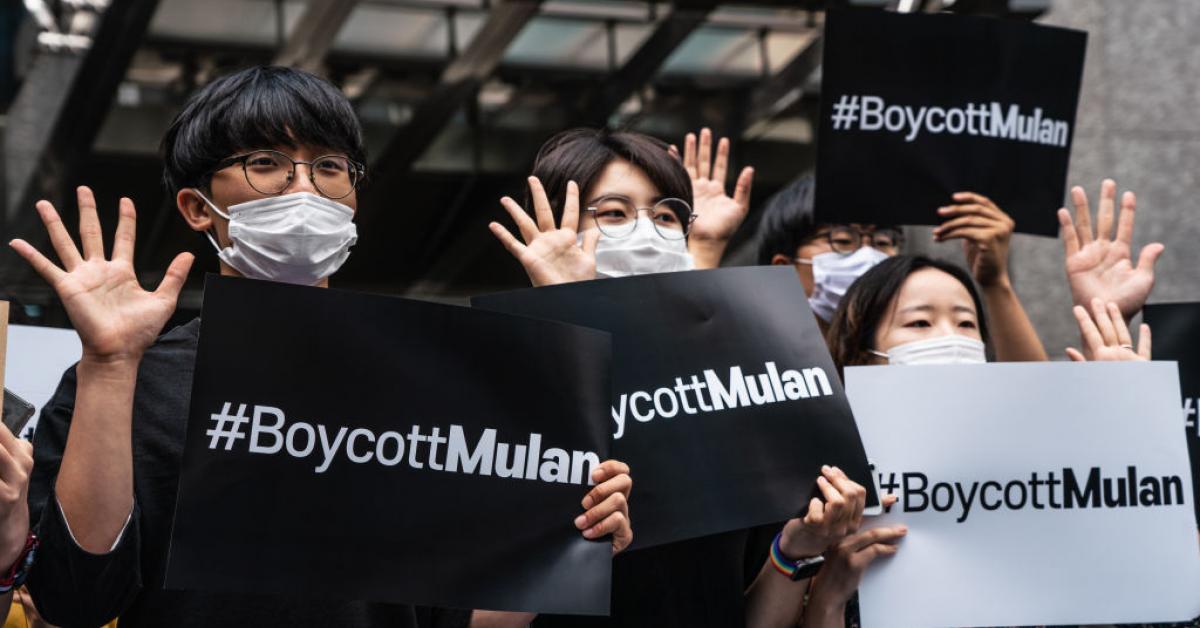 Disney is receiving sharp criticism for its decision to film in the Chinese region of Xinjiang, known for housing hundreds of thousands of ethnic minority prisoners within re-education camps.

The storied production company used the region as a backdrop for “Mulan,” a live-action remake of the 1998 Disney animated feature. The latest film was scheduled to be widely released in March of 2020 before being cancelled due to the COVID-19 pandemic. It launched last week on Disney’s streaming service Disney+.

Isaac Stone Fish, a senior fellow at the Asia Society’s Center on U.S.-China Relations, wrote in the Washington Post this week that the movie is a “scandal,” in part because the film, by shooting proximate to imprisoned Uyghurs, “helps normalize a crime against humanity.”

Fish notes that in the film’s credits Disney gives thanks to multiple Chinese Communist propaganda outlets in Xinjiang, as well as a state security bureau in the city of Turpan, organizations that he says are central to perpetuating the detainment camps.

Novelist Jeannette Ng said on Twitter that Disney “thank[ed] the publicity department of CPC Xinjiang uyghur autonomous region committee,” stating that the region was one in which “cultural genocide is happening.”

And Honk Kong activist Joshua Wong argued that anyone viewing the movie is “potentially complicit in the mass incarceration of Muslim Uyghurs.”

The film earlier courted controversy in August after its lead actress, Yifei Liu, voiced her support for police forces during pro-democracy protests in Hong Kong.