The Democrats, along with media, are trying to frame the explosive Hunter Biden story published by The New York Post as “Russia disinformation” and a “false narrative.”

Rep. Adam Schiff (D-Calif.), the House Intelligence Committee chairman and a top Democrat claimed that the Post story is part of a smear campaign and comes from the Kremlin.

He made the remarks during an interview with CNN’s “The Situation Room with Wolf Blitzer.”

“We know that this whole smear on Joe Biden comes from the Kremlin,” he said when asked by Blitzer if the Hunter Biden story is “Russian Disinformation.” “That’s been clear for a well over a year now that they’ve been pushing this false narrative about the vice president and his son.”

However, Schiff said he didn’t get any new information from the intelligence community when asked by Blitzer to corroborate his statement.

Here is a segment of the exchange:

Blitzer: As a member of the Gang of Eight, the top leadership in the Congress, the Senate, and the House, and members of the Intelligence Committee, have you been formally briefed on what the Russians are up to right now and trying to peddle this kind of information?

Schiff: Well, I was in the intelligence committee today to see what the latest was. And frankly, we haven’t gotten much from the intelligence community very recently, which concerns me. They have, at times, some of the leadership like the director [of National Intelligence John] Ratcliffe, not been very forthcoming, in terms of the intelligence on the Russian threat been promoting this false equivalence with other countries. So, you know, I wish I could tell you more.

Pozharskyi is an adviser to the board of Burisma, a Ukrainian energy company at the storm eye of the controversial Biden-Ukraine relations.

“Dear Hunter, thank you for inviting me to D.C. and giving an opportunity to meet your father and spent some time together. It’s realty an honor and pleasure,” Pozharskyi allegedly said in an email to Hunter Biden back on April 17, 2015.

The email was reportedly found in a hard drive—which was handled to NY Post by President Donald Trump’s private lawyer Rudy Giuliani—allegedly belongs to Hunter Biden. 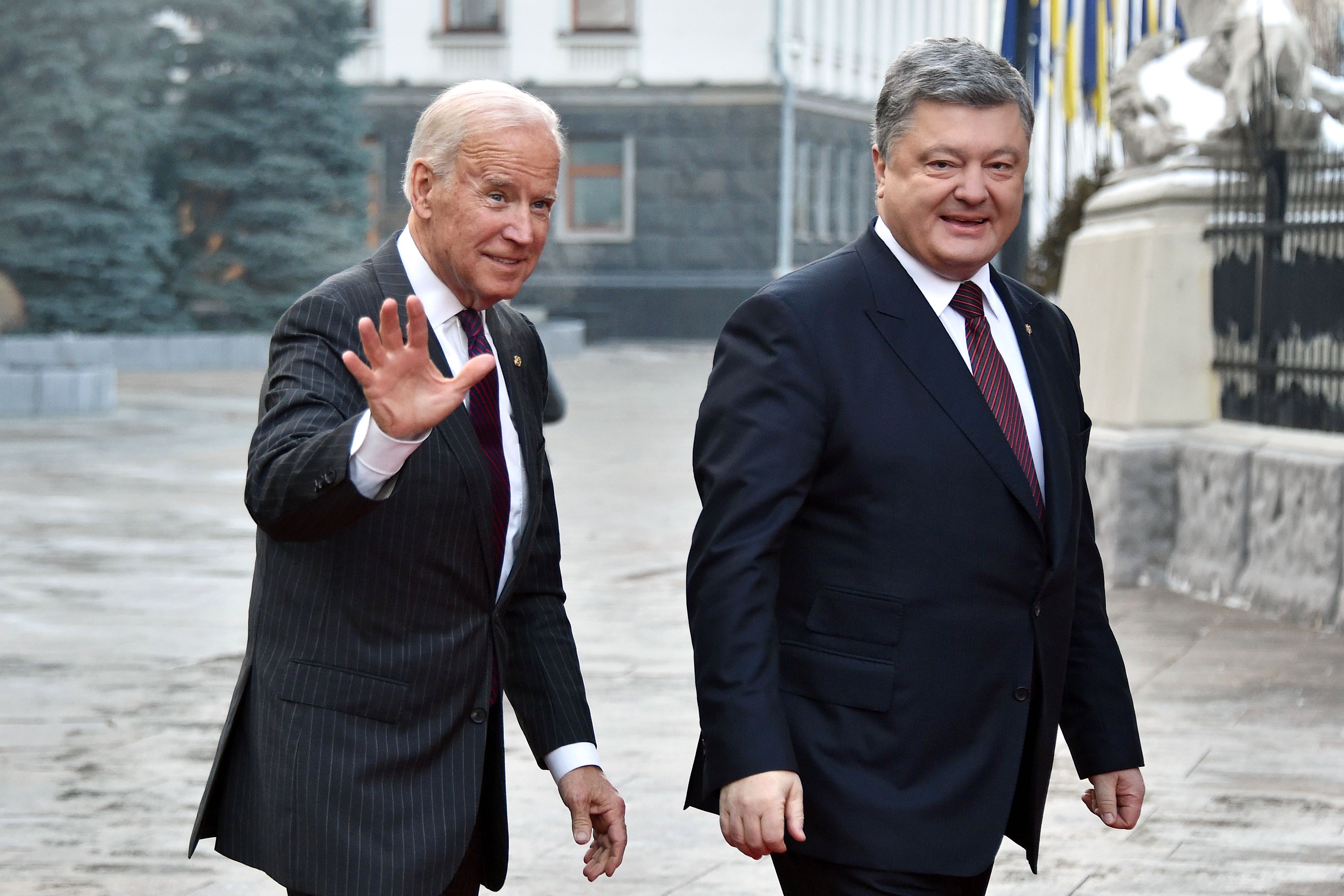 “I know you’d ask it. I have no response, it’s another smear campaign, right up your alley, those are the questions you always ask,” the former vice president answered when pressed by CBS reporter Bo Erickson for a response to the Hunter Biden story.

Christianne Allen, communication director for Giuliani, didn’t respond to a request for comment.

The Trump campaign referred The Epoch Times to an Oct. 16 statement about a Fox News report published earlier the day.

“Joe Biden can no longer ignore this massive and growing scandal and the news media can no longer avoid asking him about it. This is verification that Hunter Biden’s emails are authentic and that Hunter was cashing in by selling Chinese businessmen access to his father,” reads the statement.

The Epoch Times can not verify the NY Post report independently.

Giuliani told The Epoch Times that his team took three weeks to authenticate the alleged Hunter Biden materials in the hard drive.

However, despite being convinced about the authenticity of the contents of the drive, Giuliani would not rule out the possibility, in case “the shop owner was lying,” that the laptop may have been brought in by and belonged to someone other than Hunter Biden.

According to an audio clip published by The Daily Beast, the shop owner John Paul Mac Isaac said a medical problem prevented him from recognizing the person who brought in the laptop. He also offered conflicting accounts about what happened with the laptop and sidestepped questions about the timeline of events.

Then-Vice President Joe Biden waves as he walks out of Air Force Two with his granddaughter, Finnegan Biden (C) and son Hunter Biden (R) upon their arrival in Beijing on Dec. 4, 2013. (Ng Han Guan/AFP via Getty Images)

Right after the publication of the NY Post story, some media floated the idea that the release of the emails is the work of Russian misinformation.

CNN reported that the authorities are investigating if the emails are tied to Russian disinformation while The Washington Post said that the White House was warned Giuliani was the target of a Russian intelligence operation to feed misinformation to Trump.

Both reports—which The Epoch Times can not verify independently—cited anonymous sources.

Several articles about Hunter Biden’s engagement with foreign businesses came out recently as the election is less than 20 days away.

Breitbart reported on Friday that separate emails show Hunter Biden facilitated a meeting between a group of communist-aligned Chinese business elites and Joe Biden back in 2011.

The Epoch Times can not verify the Breitbart report independently.

Ivan Pentchoukov contributed to the report.