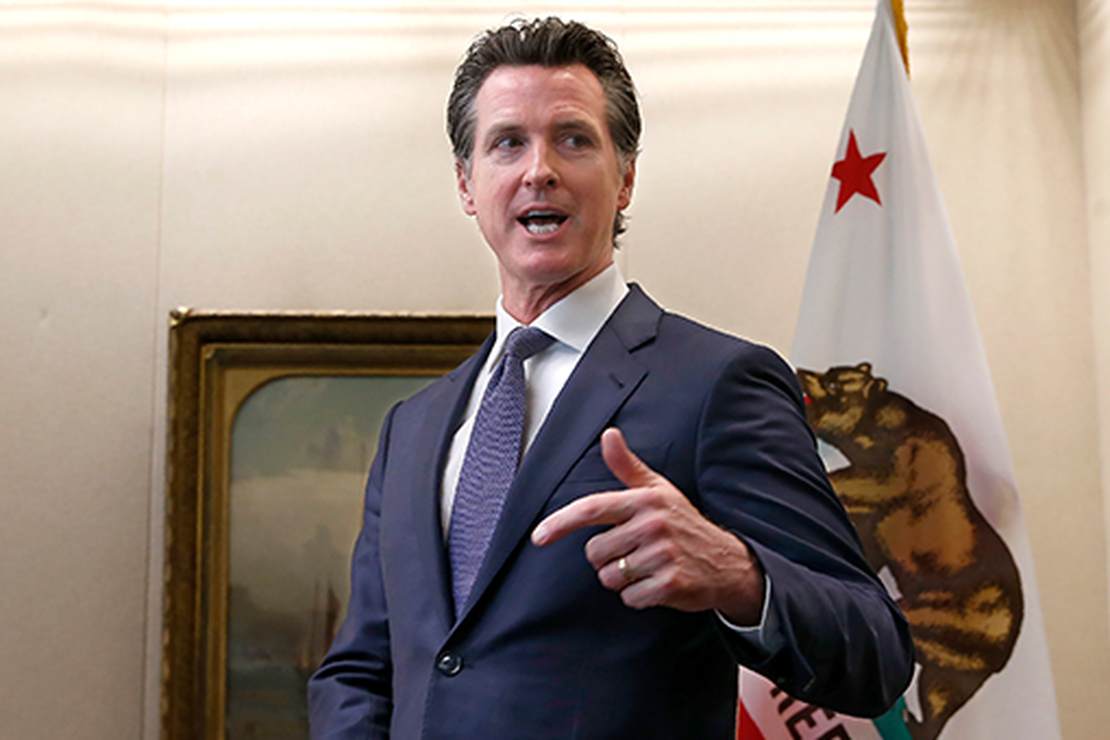 Governors of California, Washington and Oregon issued a “travel advisory” over the entire West Coast on Friday because of coronavirus case increases, although, the rate of the disease is lower per-hundred-thousand than many other states. In California, cases aren’t even close to the heights they were in July.  The “advisory” was timed to upset Thanksgiving and Christmas plans where, oddly, families spend time with each other.

Naturally, the phalanx of Democrats, in and out of the media, called governors Gavin Newsom, Washington’s Jay Inslee and Kate Brown of Oregon racist and xenophobic for trying to stop people of color from roaming freely between states without a 14 day quarantine. No wait, that was what they called President Trump when he halted travel from China because that’s where the Wuhan coronavirus originated.

(For the record, “fact checkers,” that’s called satire. You can quote me on that.)

The West Coast Governor’s cartel cited increasing COVID cases as the reason why they don’t want you to visit your adult children or brother’s house in Encino, Mist or Bothell.

PJMedia’s Jeff Reynolds writes that Oregon’s governor, based on questionable coronavirus data, plans to use state and local cops to break up at-home gatherings with more than six people. Antifa and BLM riots get a pass.

In California, the  proposed restrictions include:

1. Persons arriving in California from other states or countries, including returning California residents, should practice self-quarantine for 14 days after arrival. These persons should limit their interactions to their immediate household. This recommendation does not apply to individuals who cross state or country borders for essential travel. [2]

2. Californians are encouraged to stay home or in their region and avoid non-essential travel to other states or countries. Avoiding travel can reduce the risk of virus transmission and bringing the virus back to California.

In Washington, Governor Jay Inslee, said that “cases” had doubled in the past two weeks. To be sure, the graph in my tweet below shows this to be the case. But look at where his two week period starts – at a very low number. Also note the precipitous drop in cases toward the end of the graph. This could be charitably called cherry picking.

This seems to explain why Gov Jay Inslee cited “doubling” of cases in the “last two weeks.”
He cites 2 weeks as the reason why he issued a “travel advisory” with the rest of the West Coast Governors Cartel. pic.twitter.com/PJmSW3JHGC

What are the underpinnings of these proposed restrictions on American citizens, where freedom of movement is a fundamental right?

According to the Associated Press, “West Coast states have some of the lowest number of cases per 100,000 residents.” And in California, the spike in cases came in July and the current bump of cases is far below that. But it appears that the optics of reaching a milestone number are simply too bad to ignore.

“California just surpassed a sobering threshold – one million COVID-19 cases – with no signs of the virus slowing down,” California Gov. Newsom said in a statement. “Increased cases are adding pressure on our hospital systems and threatening the lives of seniors, essential workers and vulnerable Californians.”

The effort two weeks before Thanksgiving — traditionally the busiest travel period of the year in the U.S. — coincides with warnings for people to rethink their holiday traditions and not gather in large groups or beyond their immediate families in settings where the virus could easily spread.

The West Coast states have some of the lowest number of cases per 100,000 residents. But they have also seen a troubling rise in transmissions in November, though not nearly as severe as North Dakota and South Dakota, which have the highest rates per capita.

As the conservative California Globe points out, out of all the tests 20,342,072 tests done thus far in the Golden State, 19,350,463 were negative for a 95% negative rate. The death rate, based on these “case” numbers, is 1.8%. That rate is likely much lower considering that people who have deadly diseases and also have coronavirus are counted as COVID deaths.

Here are current COVID-19 statistics for California this week:

Why would any of these governors subject their own citizens to the whims and vicissitudes of governors their people didn’t elect?

They would say that pandemics don’t have borders.

Nevertheless, let’s take a back-of-the-envelope look at this claim. If West Coast governors were serious about saving Americans from coronavirus they might call for a stop to riots, demand a border wall or at least demand greater scrutiny at US entries at Otay Mesa and San Ysidro. Perhaps they could even order their state troopers to watch for Panga boats full of non-citizens crashing onto Dana Point at 3:30 in the morning. Hotels where Chinese nationals come to have their U.S. citizen babies could be busted in greater numbers. They could test them on the spot!

If the governors were serious wouldn’t they do something about the rate of COVID cases in Imperial County that in June was four times the rate as the rest of California? They won’t. To do that they’d have to stop the wave of non-citizens from Mexicali and elsewhere from seeking COVID treatment at the overly taxed Imperial County, California hospitals. Non-citizens with unknown motives will be able to come-and-go with the ease and impunity they’ve always enjoyed in these so-called sanctuary states.

But the governors want citizens to stay home, not drive anywhere, and, in Oregon, not see more than five other people who must be family members under penalty of law.

The California Health Secretary Dr. Mark Ghaly said they, as the AP put it, “chose not to ban travel or restrict flying and instead appeal to Californians’ sense of personal responsibility.”

“This is not a new concept,” Ghaly said in a Friday briefing. “This is something we asked people to do very early on with our partnership with our local health jurisdictions — you’ve seen this across other states, across the country. And we believe that this is exactly how we can add to our toolkit to reduce spread in California.”

He might want to check that toolkit of his again.

Bloomberg Law noted last April that travel restrictions, even in the age of coronavirus, are constitutionally suspect considering that freedom of movement is contained in the Privileges and Immunities and Commerce Clauses of the US Constitution, not to mention the freedoms to assemble and association.

The Wall Street Journal reported that Supreme Court Justice Samuel Alito, in a virtual speech to the Federalist Society this week, said the coronavirus has presented a real-time constitutional stress test.

“The pandemic has resulted in previously unimaginable restrictions on individual liberty,” Justice Alito said, after expressing concerns that his comments might be “twisted or misunderstood.”

“The Covid crisis has served as a sort of constitutional stress test, and in doing so it has highlighted disturbing trends that were already present before the virus struck,” he said, noting that many restrictions were issued by “executive fiat” rather than through legislation.

Pandemics don’t have borders and observe laws, but states, citizens and governors do and must. They should act like it.