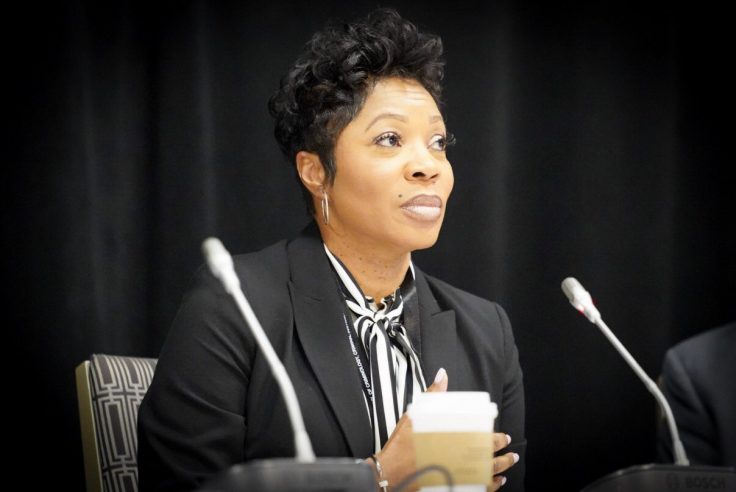 Dallas police chief Ulysha Reneé Hall announced her resignation on Tuesday following criticism from the city council over her crackdown on violent protests in the city.

Dallas City Council bashed Hall in August after the Dallas Police Department released a report detailing its response to a massive protest in June, which included arresting more than 647 and using tear gas to quell riots. While city council members said the incident damaged the community’s trust in police, Hall insisted the department’s approach to quelling the protest kept Dallas from being overtaken by riots.

“Other cities are still experiencing violent protests, looting, injuries to officers. We’re not seeing that,” Hall said in August. “So for everything that we recognized that we could’ve done differently, I think we are not looking at things we did right.”

“We have accomplished so much by standing together in support of community policing and changes in the way our officers perform their duties in 2020. It has not been easy,” Hall wrote. “I am proud that this department has not only coped with an unthinkable series of events, but we have also managed to implement critical reforms that were clearly needed for the Dallas Police Department to meet our 21st Century Policing goals.”

Many supporters have lauded Hall’s attempts to implement police reform. She created a police oversight board and eliminated the department’s 72-hour rule, which gave officers three days to tell their side of the story if they were involved in a police shooting.

“We increased hiring. We increased pay during tenure,” Hopkins said. “So there’s a lot of good things that Chief Hall did for the City of Dallas.”

Jesurobo Enobakhare, chairman of the police oversight board, described Hall’s leadership as “historic.”

“Everything that this chief has done pretty much has been historic in the city of Dallas: supporting the oversight board, making it easier for residents to submit complaints,” Enobakhare said. “Some may not have liked her methods. Some may not have liked some of the decisions she made, but at the end of the day, she was fighting to change the way Dallas policing works.”

Hall’s resignation is set to go into effect at the end of the year.

Hall is among a handful of female police chiefs who have resigned this summer following a wave of anti-police protests. Erika Shields in Atlanta and Jami Resch in Portland both resigned in June. And Carmen Best, Seattle’s first black female police chief, resigned at the beginning of September after sparring with the city council.