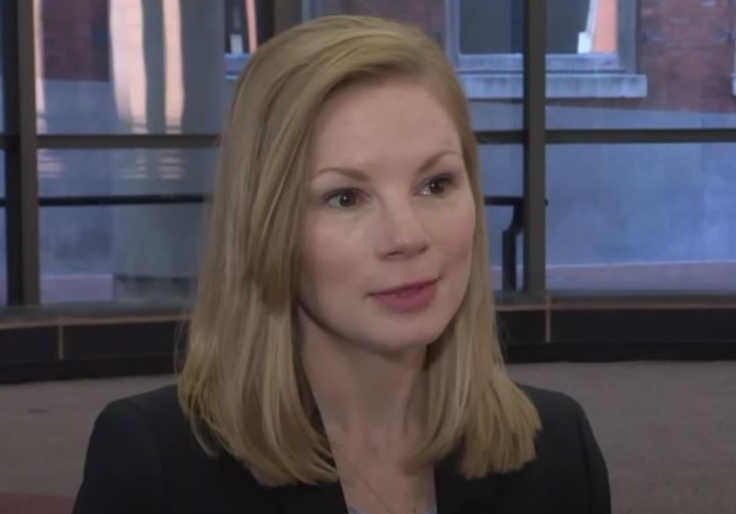 According to the complaint—filed by conservative group Liberty Alliance USA—Galloway directed state employees to draft, edit, and place an op-ed in the St. Louis Post-Dispatch that criticized governor Mike Parson (R.) on abortion. Internal emails obtained by the group show that Galloway’s taxpayer-funded press secretary, Stephanie Deidrick, submitted the op-ed to the Post-Dispatch from her state email account during official work hours on May 31, 2019.

Galloway’s bid to unseat Parson was not officially launched at the time, but her campaign committee disbursed at least $7,000 to a Democratic firm for “campaign management” before submitting the op-ed. The spending came despite the fact that Galloway was elected state auditor just months prior and was not up for reelection until November 2022.

The Post-Dispatch ran Galloway’s op-ed attacking Parson on June 3, 2019. The op-ed called Parson’s position on abortion “extreme and cruel,” accusing him of “disrespecting women.” One day later, the Kansas City Star reported that Galloway was “very seriously considering challenging the governor,” adding that Parson’s pro-life stance could “be the factor that tips the scales.” Galloway officially launched her campaign weeks later in August 2019.

Under Missouri law, public funds may not be used to “advocate, support, or oppose any candidate for public office.” The complaint argues that the issue of abortion is “expressly outside the constitutional duties of State Auditor,” meaning Galloway “used state tax dollars to communicate her views on non-office related priorities in clear violation of the law.”

“The editorial made no reference to the constitutional duties of the State Auditor’s role, which is limited to ‘conducting postaudits of the accounts of all state agencies’ and ‘establishing systems of accounting’ for public officials,” the complaint says. “The published editorial served no official purpose of the Auditor’s office and instead attempted to advance the political aspirations of Galloway, who planned to imminently challenge Governor Parson.”

Galloway’s office did not return a request for comment.

The Post-Dispatch also questioned Galloway’s use of state resources to submit the op-ed, calling it a “personal political mission” in a September 2 editorial.

Galloway’s office also investigated the ADLF’s complaint and was accused of misconduct by Hawley. The Democrat’s lead investigator on the case, Pamela Allison, discussed altering the audit’s conclusions in an August 29 email.

The ADLF’s complaint was used extensively by former senator Claire McCaskill during her campaign against Hawley. During her office’s investigation, Galloway hired former McCaskill campaign manager David Kirby as a senior official and accepted a $2,600 campaign contribution from McCaskill.

“The involvement, at a senior level, of a political operative who personally promoted the very attacks against Mr. Hawley that Galloway was supposed to be independently reviewing is deeply inappropriate and politically unethical,” a January letter sent from Hawley’s lawyer to Galloway says.

The complaint was filed to Secretary of State Ashcroft on Wednesday. Ashcroft now has 30 days to respond.