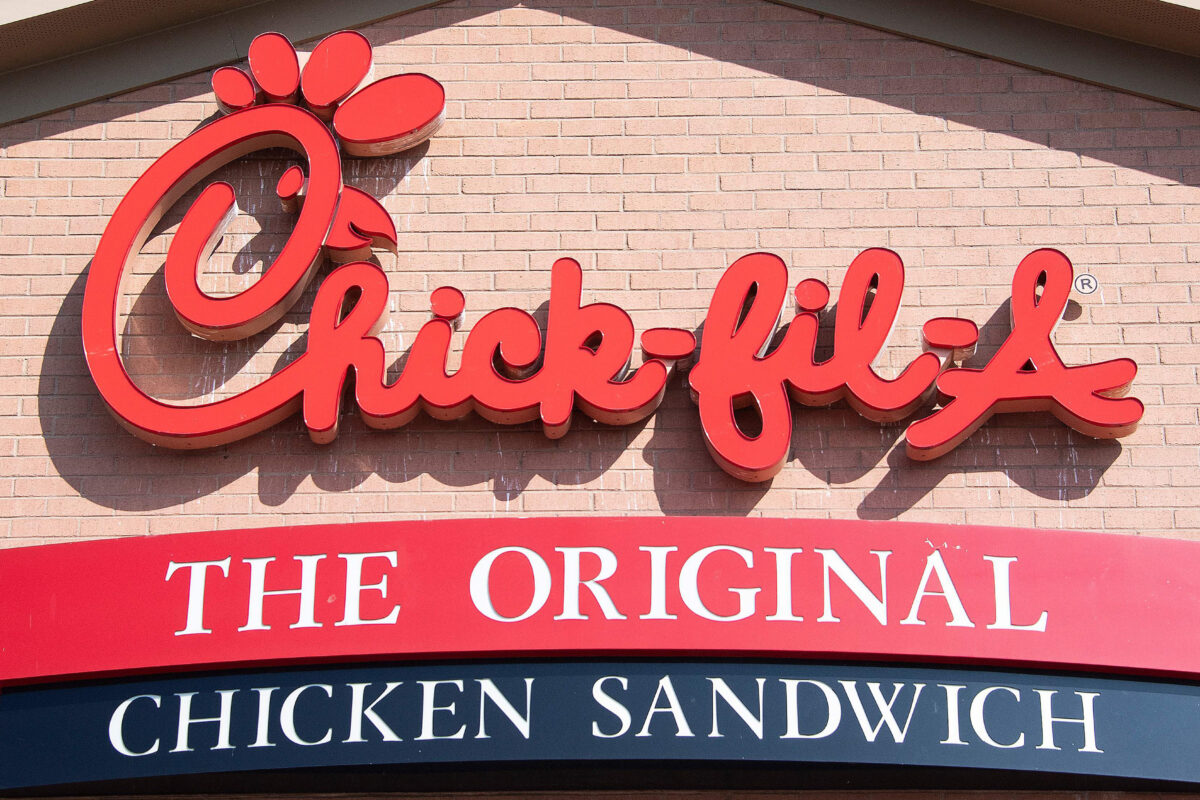 A Chick-fil-A in Philadelphia was hit last night by a mob of looters and rioters following the death of a black man who was shot and killed by law enforcement after he allegedly approached them with a weapon and did not obey their instructions to drop the weapon.

Video of the incident showed numerous smashed-out windows at the Chick-fil-A, cash registers broken into, and numerous other items in the restaurant destroyed.

Journalist Andy Ngo, an expert on tracking far-left extremism, wrote on Twitter, “I’m not sure what there is to loot at Chick-fil-a but rioters broke into one anyway at the BLM Philadelphia riot.”

I’m not sure what there is to loot at Chick-fil-a but rioters broke into one anyway at the BLM Philadelphia riot. Video by @Julio_Rosas11: pic.twitter.com/DMcCcfcI49

The incident happened despite the fact that Chick-fil-A has taken a leftward turn over the past year, which includes abandoning organizations like the Salvation Army and embracing the woke social justice agenda of the political Left amid the race riots that broke out over the summer.

Chick-fil-A has announced plans to end charitable giving to Christian organizations—including the Salvation Army and the Fellowship of Christian Athletes (FCA)—amid concern over LGBT backlash as the popular Christian-owned business expands beyond the US.

The strategic shift has disappointed evangelicals who admired the chain’s stance and leaders at Salvation Army, who say its outreach supports members of the LGBT population facing homelessness and poverty.

“There’s no question we know that, as we go into new markets, we need to be clear about who we are,” Chick-fil-A President and Chief Operating Officer Tim Tassopoulos explained in an interview at the time. “There are lots of articles and newscasts about Chick-fil-A, and we thought we needed to be clear about our message.”

The Salvation Army fired back in a statement:

We serve more than 23 million individuals a year, including those in the LGBTQ+ community. In fact, we believe we are the largest provider of poverty relief to the LGBTQ+ population. When misinformation is perpetuated without fact, our ability to serve those in need, regardless of sexual orientation, gender identity, religion or any other factor, is at risk. We urge the public to seek the truth before rushing to ill-informed judgment and greatly appreciate those partners and donors who ensure that anyone who needs our help feels safe and comfortable to come through our doors.

Earlier this year, amid the race riots that broke out following the death of George Floyd in Minneapolis, Chick-fil-A CEO Dan Cathy appeared to embrace the political Left’s stances on race issues.

The CEO of Chick-fil-A has asked white Americans to repent for racism by shining the shoes of a black stranger after a dozen of his stores were damaged by protesters. …

Cathy was joined in the roundtable discussion by Pastor Louie Giglio, as well as the Christian rapper Lecrae Moore. …

‘It has to hurt us, we as Caucasians, until we are willing to pick up the baton and fight for our black, African American brothers and sisters,’ he added.

While discussing the topic of repentance, he got up and began to shine Moore’s shoes, suggesting it could be a path for white people to redeem themselves.

‘I invite folks to put some words to action, and if we need to find somebody who needs to have their shoes shined, we need to just go right on over and shine their shoes,’ the CEO said as he crouched over Moore’s sneakers with a brush.

Cathy also issued a statement through Chick-fil-A at the time, saying that he could not “fully appreciate and understand the gross injustices that are all around us.”

“I also recognize that talking about the systemic inequality, bias, and injustices in our country will draw criticism,” Cathy continued. “But neither of these reasons makes it ok for me to remain silent about the issues that now so publicly confront our nation. The killings of George Floyd, Ahmaud Arbery and many others is horrifying and merits our outrage. We should also address the disparate impact of COVID-19 on black and brown communities, as well as the disparity in educational opportunities and access to opportunity. Nobody talks about it enough, because this is someone else’s problem. I have observed injustice, inequities and blatant indifference to these real problems.”

“There are countless academics and analysts who have written about how our democratic capitalism benefits only a few hundred incredibly wealthy families, individuals and corporations, so that the American dream is now reserved almost exclusively for them and their descendants,” Cathy continued. “Because I am among that demographic, I am calling on them — us — to use our power and influence.”