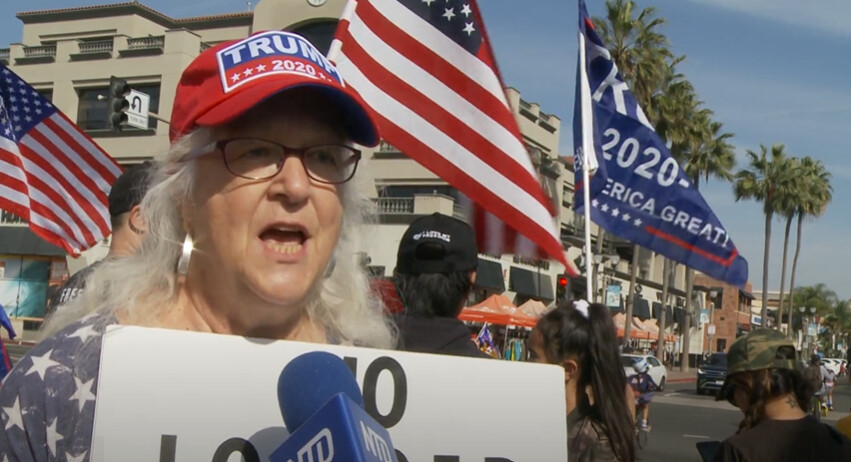 LOS ANGELES—Anita Gallup has been attending rallies for Trump every weekend for the last two months. She meets many immigrants at these events, and they are worried for the future of the country.

“From Vietnam, and from China, they all love America and they don’t want socialism and communism in our country,” Gallup said at a Stop the Steal rally in Los Angeles on Nov. 21, 2020, protesting election fraud.

Gallup says she believes the fraud allegations and the fact that the news media refuse to cover it only adds suspicion, and contributes to the fraud.

“If you’re familiar with Pravda in the old Soviet Union, they [the media] are equivalent to Pravda in that they are only propaganda. They support the radical left, they are not journalists anymore, they lie,” she said.

Gallup didn’t start out as a Trump supporter; she was a Democrat, and didn’t really like Trump, but she let a friend talk her into attending one of his rallies in 2016 and she appreciated his policies and that he defended American values. She voted for the president in 2016, and last year joined the Walk Away movement and left the Democratic Party.

“I couldn’t stand the Democratic Party anymore, they moved radically left,” she said.