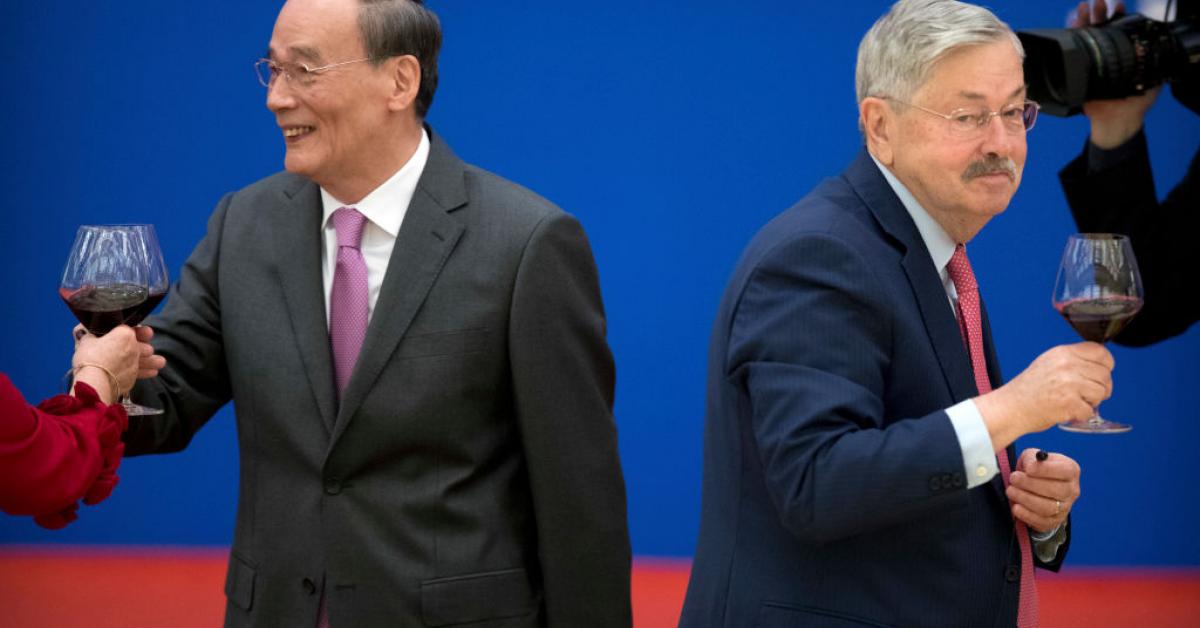 U.S. Ambassador to China Terry Branstad will step down early next month, the U.S. Embassy said in a statement Monday.

Branstad was appointed in 2017 by President Trump. The embassy did not give an explanation for Branstad’s resignation. His three-year tenure has been marked by a so-called tariff-trade war and an increasingly strained relationship between the world’s two biggest economies.

“I am proudest of our work in getting the phase one trade deal and delivering tangible results for our communities back home,” he was quoted as saying at an embassy staff meeting Monday, according to the Associated Press.

Word of his departure leaked out earlier in the day when Secretary of State Mike Pompeo thanked Branstad on Twitter for his service.

China’s foreign ministry said before the embassy announcement that it was aware of Pompeo’s tweet but had not received any notification that Branstad was leaving, the wire service also reported.

Branstad became embroiled in a recent controversy when China’s official People’s Daily newspaper rejected an opinion column that he had written.