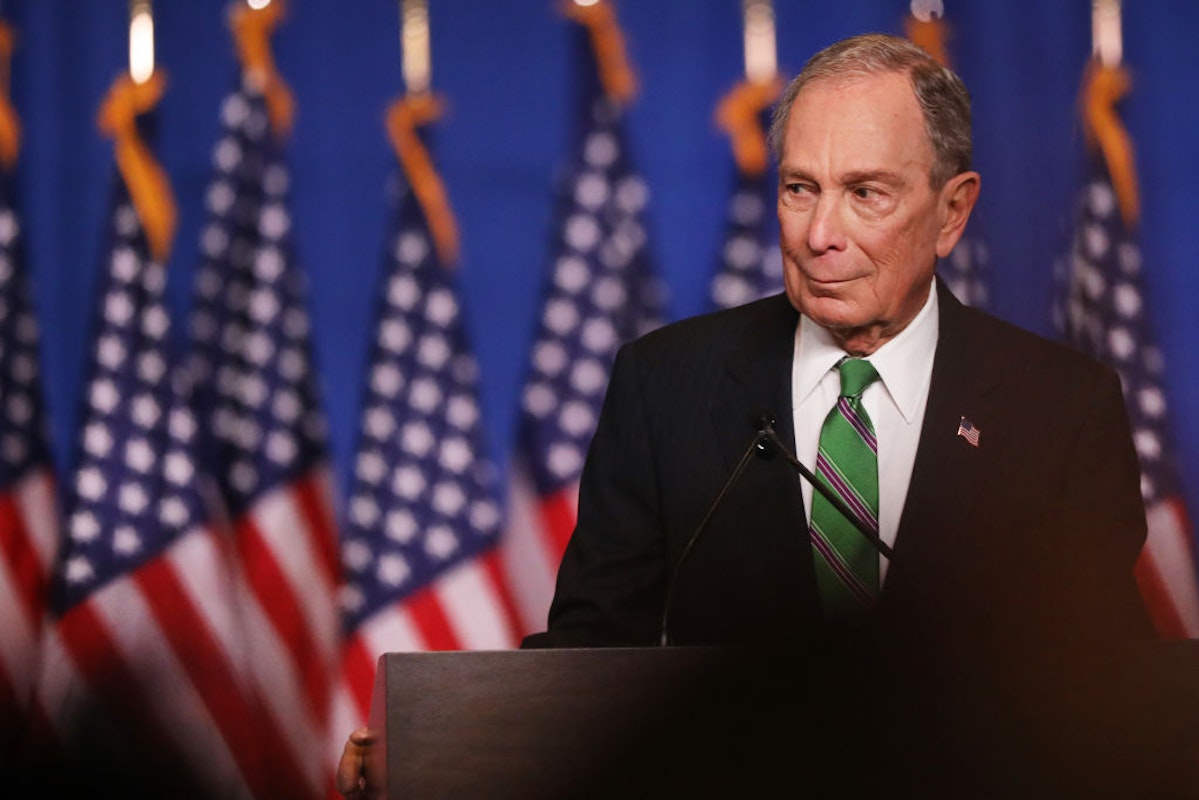 The last-minute advertising amounts to $15 million – a fraction of what Bloomberg is spending in Florida to support Biden – and represents internal polling suggesting President Donald Trump is vulnerable in the two states, The New York Times reported.

“Howard Wolfson, one of Mr. Bloomberg’s closest aides, said the former mayor had recently asked his team to run a round of polls to see whether Mr. Trump had unexpected vulnerabilities that could be exploited in the campaign’s closing weeks. Up to this point, Mr. Bloomberg’s general-election activities have focused on Florida, where he has pledged to spend $100 million supporting Mr. Biden,” the outlet reported. “The Bloomberg team conducted polling in a number of states over the weekend and came away convinced that Texas and Ohio represented its best targets — narrowly divided electoral prizes where the war for television airtime is not already cluttered with heavy advertising on either side. The team presented Mr. Bloomberg with the numbers on Monday morning and he gave the go-ahead.”

“We believe that Florida will go down to the wire, and we were looking for additional opportunities to expand the map,” Wolfson told the outlet. “Texas and Ohio present the best opportunities to do that, in our view.”

Bloomberg plans to focus on Trump’s handling of the coronavirus pandemic when purchasing television ads in Ohio and Texas. In Texas, Spanish-language ads will run.

Biden has repeatedly knocked Trump for his handling of the coronavirus, but he has not said what he would have done differently. The plan he has put out contains everything the Trump administration is already doing.

As The Daily Wire previously reported, Bloomberg in September vowed to spend $100 million in Florida to defeat Trump.

Bloomberg’s money was welcomed by the Democratic Party, even though some high-profile politicians have denounced the billionaire’s funding in the past. During the Democratic Primary, Sen. Elizabeth Warren (D-MA), who was running against Bloomberg at the time, accused the former mayor of trying to buy the presidential election, Reuters reported.

“That’s exactly what’s now in play in 2020 — which vision, which version of our democracy is going to win. If Michael Bloomberg’s version of democracy wins then democracy changes. It’s going to be which billionaire you can stomach,” she added.

Bloomberg spent around $1 billion on his own 100-day failed presidential campaign, but his internal polling and money has helped other candidates in the past. In 2018, Bloomberg’s polling showed then-Democratic congressional nominee Kendra Horn in a competitive race in Oklahoma City. Bloomberg spent thousands of dollars on advertising and Horn won the district.