A bill that would elevate the penalties of people who kill police officers was blocked by a Senate Democrat this week after the House of Representatives passed it with support from both parties.

Sen. Pat Toomey (R-Pa.) attempted to get the Thin Blue Line Act, or S.1508, passed with unanimous consent, which bypasses a vote but allows just one senator to block passage.

“They were yelling that about two deputy sheriffs who at the time were clinging to life inside the hospital. They were clinging to life, just barely, Mr. President, because earlier that night those two deputy sheriffs were brutally ambushed by a gunman to shot them multiple times as they sat in their patrol car. Simply doing their jobs, patrolling the local train station.”

Toomey also referenced other dangerous situations that have unfolded recently, including a man in Lancaster, Pennsylvania, charging at a police officer while wielding a knife.

There’s “a disturbing trend of violence against police,” Toomey said, citing data from the FBI. 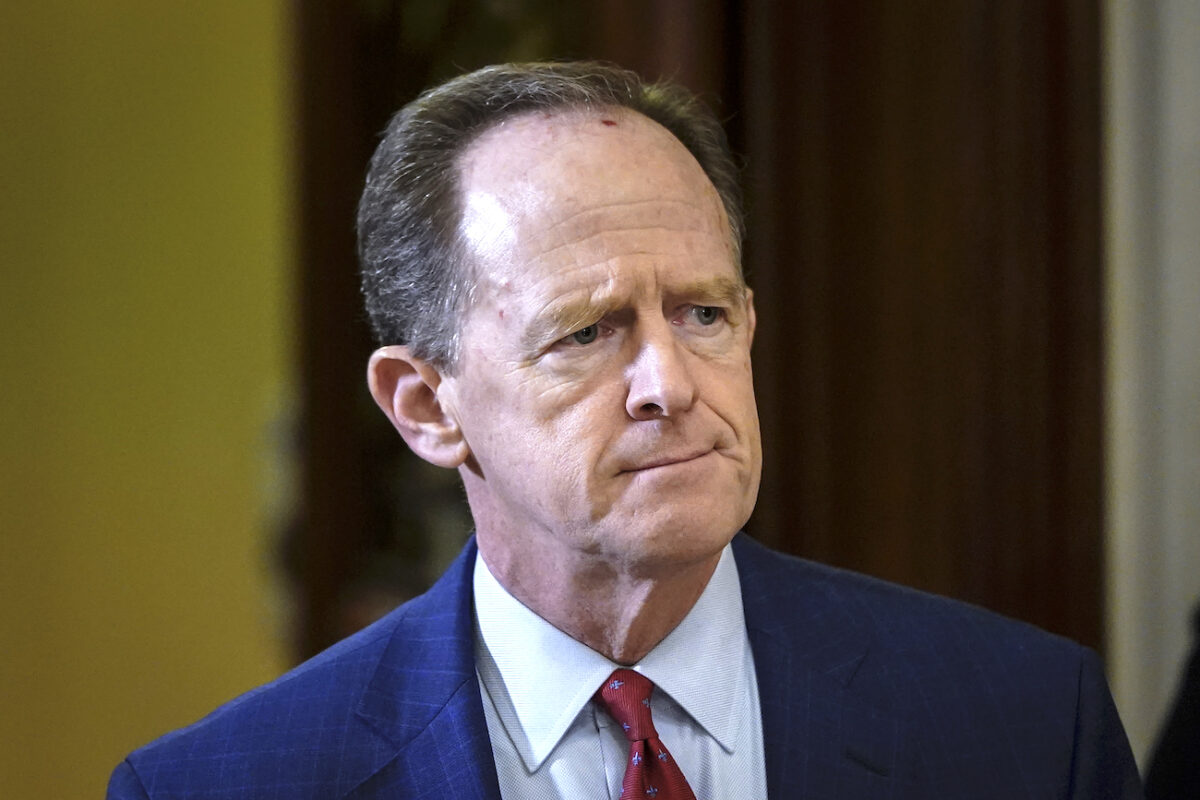 “My bill sends a very simple and clear message. Anyone who murders a law enforcement official should be prepared to pay the ultimate price,” he added.

Federal law currently makes killing a federal law enforcement official an aggravating factor for the federal jury to weigh when considering whether or not to impose the death penalty on a cop killer, but not killing a state or local law enforcement officer. The Thin Blue Line Act would make the killing of a state or local officer an aggravating factor.

“I do not support rushing through this bill in response to the California shootings. Under California law, murder of a law enforcement officer already makes someone eligible for the death penalty. This bill needlessly expands the federal death penalty,” he said.

“As I understand this bill, for someone to be eligible for the death penalty, he or she would have to first be convicted of federal murder, and then it would need to be proven beyond a reasonable doubt that the victim was killed or targeted because he or she was a law enforcement officer,” he continued.

“I also want to point out that the death penalty itself has widespread issues in many instances of misapplication. DNA testing and other science have proven that innocent people have been executed.”