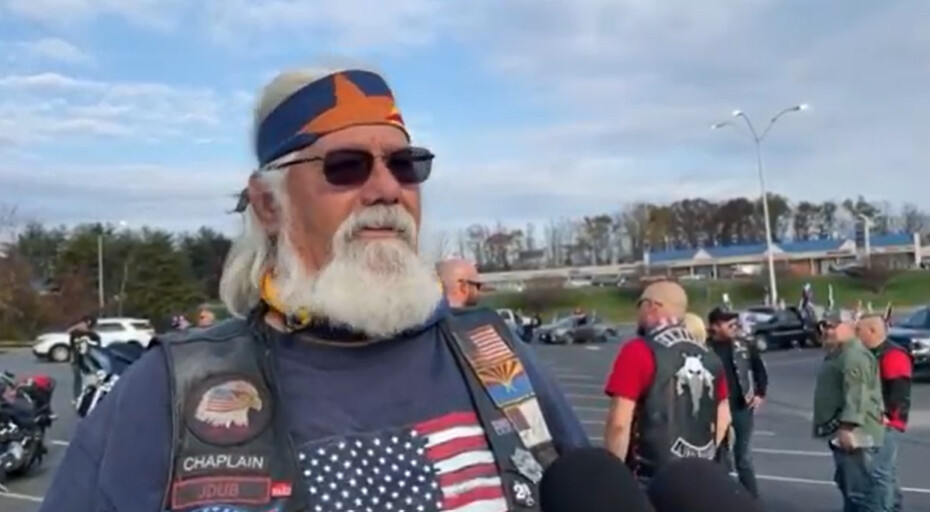 Jim Williams organizes Bikers for Trump in Arizona, but on Nov. 21, he was in Virginia with dozens of others on their way to support the president.

Arizona is a key battleground state, and Williams says he’s “one of those that believes there was some funny business going on with the vote.”

Some media have called the state for Biden, but “I don’t believe it for a minute,” Williams said.

“Everybody’s pretty upset about it because everybody feels the way I do,” he says of the people he knows from Arizona. “You’d be hard pressed to find a Biden supporter in Arizona. Maybe once in a great while you’d see someone with a Biden sticker or something but overall Trump is huge back there, he can’t even fit everybody in where the rallies are at.”

“It doesn’t make sense to me and everybody’s pretty upset about it, but I think what everybody is most upset about is not being able to cast a vote and know that you did your duty and it’s going to be good. Everybody wants to know that it’s on the up and up,” he said.

“And when there’s doubt, when they cast this much doubt on it, especially trying to turn a red state blue as hard as they did, it brings a lot of doubt,” he said. He knows people who protest daily, plus there are big protests every weekend, he added.

But Williams wasn’t in Arizona on Saturday.

“Because we want to let our president know that wherever he is, we’ll support him,” he said.