Advisers to Democratic presidential nominee Joe Biden said Sunday he plans to start announcing picks for his Cabinet this week, an effort President Donald Trump questioned as he and his campaign continue challenging election results in key battleground states.

“I can tell you that the president-elect is starting to put together his Cabinet. And the American people will see the first glimpse of that on Tuesday,” Sanders said during an appearance on CBS’ “Face the Nation.”

Biden has declared victory in the 2020 election and is preparing to enter the White House. Trump says he still has a chance of winning as election-related lawsuits are adjudicated. The Epoch Times is not calling the race until the litigation is resolved.

Trump wondered about Biden moving so soon to form a Cabinet.

“Why is Joe Biden so quickly forming a Cabinet when my investigators have found hundreds of thousands of fraudulent votes, enough to ‘flip’ at least four States, which in turn is more than enough to win the Election?” Trump wrote in a tweet over the weekend.

“Hopefully the Courts and/or Legislatures will have the COURAGE to do what has to be done to maintain the integrity of our Elections, and the United States of America itself. THE WORLD IS WATCHING!!!” he added.

Biden is facing pressure from the so-called progressive wing of the Democratic Party to make certain Cabinet picks, after the leaders of that wing supported him when he emerged from the primary as the nominee.

“It seems to me pretty clear that progressive views need to be expressed within a Biden administration,” Sen. Bernie Sanders (I-Vt.) told The Associated Press last week. “It would be, for example, enormously insulting if Biden put together a ‘team of rivals’—and there’s some discussion that that’s what he intends to do—which might include Republicans and conservative Democrats—but which ignored the progressive community. I think that would be very, very unfortunate.” 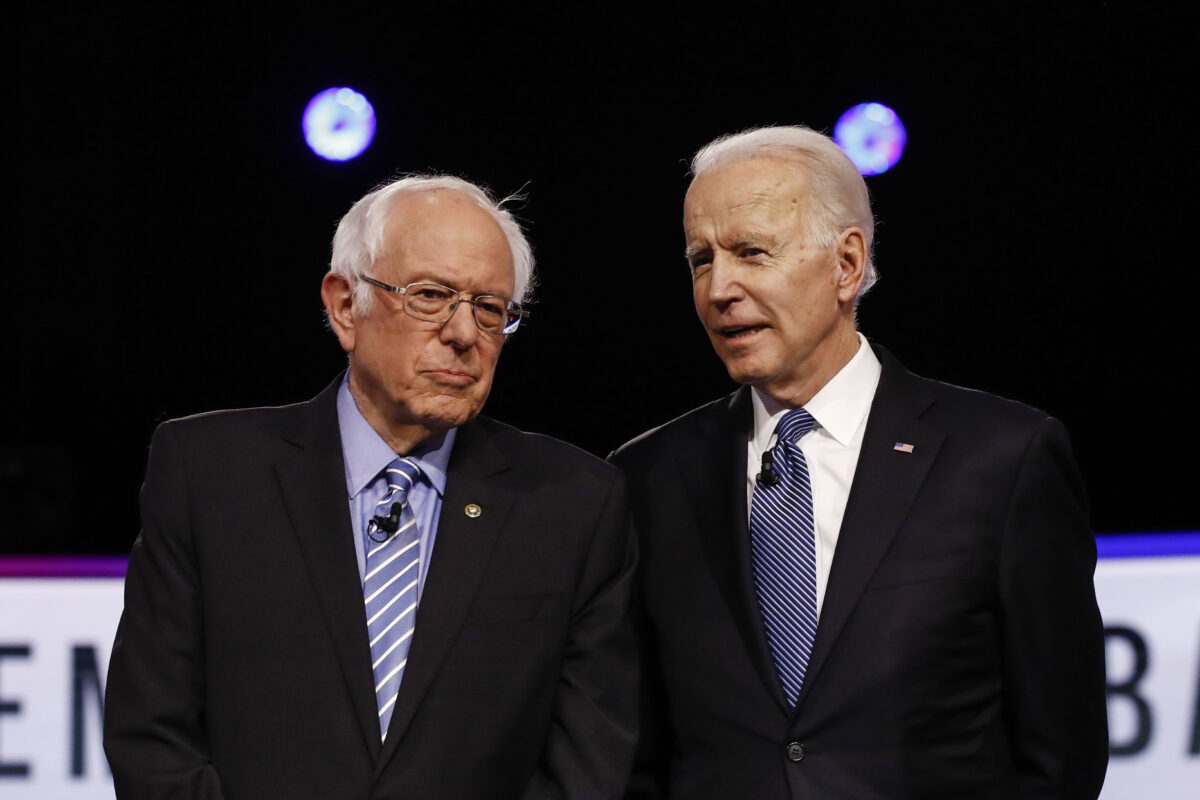 Biden advisers didn’t disclose who the candidate has on his shortlist but suggested the picks could include both moderates and progressives, as well as potentially Republicans.

Biden and Harris “were elected by a coalition of people across the country that includes people who are progressive and moderate and Republican, although most Americans don’t think of themselves by those definitions. That is sort of a Washington definition,” Biden adviser Jen Psaki said on CNN’s “State of the Union.”

“And the Cabinet and the team will look like America. So that means diversity of ideology, diversity of backgrounds. And he wants to have a range of views of people at the table.”

The Senate considers and votes on whether to approve Cabinet nominees. Sens. Tom Cotton (R-Ark.) and Marsha Blackburn (R-Tenn.) have said they don’t see a Republican-controlled Senate approving Susan Rice, who served at high levels in the Obama administration and is considered a possible Biden choice.

“I’m not sure Senator Tom Cotton is going to be our bar here for approval of our nominees or reaction to our nominees. There are a number of Republicans who have come out this week who have said they would support experienced and qualified nominees. Those are exactly the kind of people who Joe Biden is going to announce and nominate this week and in the weeks to come,” Psaki responded.

With the CCP virus pandemic ongoing and a recession, there are crises Biden would need to deal with if he enters office and he “needs people in place, needs Cabinet nominees to help support him moving this agenda forward. We don’t need a fabricated crisis in the Senate,” Psaki said.

“And I don’t think that the American people are going to tolerate that, if there’s a refusal to move forward with qualified nominees,” she added.