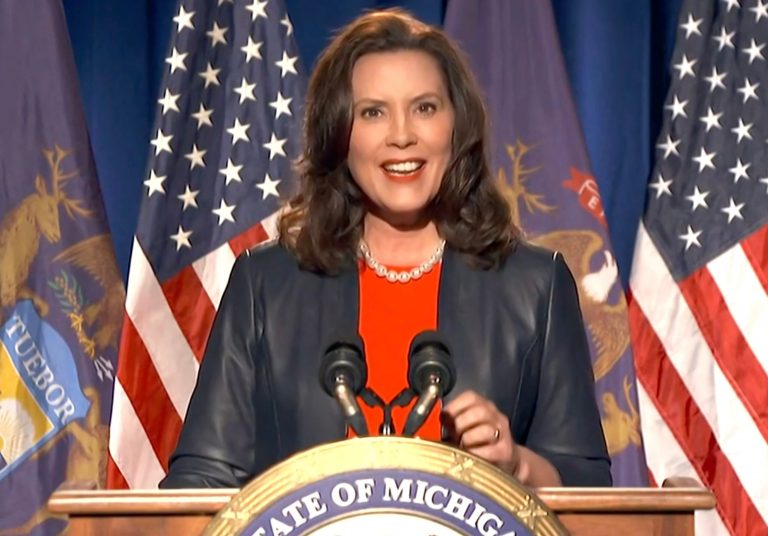 Whitmer has long questioned the effectiveness of physical barriers, but is asking Michigan taxpayers to foot the bill for a seven-figure project to keep out uninvited guests. The governor’s office confirmed the renovation on Friday, telling the Detroit News that the wall would help “ensure the safety, security, and protection of any sitting governor and the first family.” The renovation will include an electrified fence that Whitmer claims is necessary because of threats she has received.

Whitmer, a Biden surrogate, has attacked the idea of using barriers to prevent illegal immigration. She called President Donald Trump’s border wall “costly and ineffective” in February 2017, nearly a week after suggesting that money for the wall would be better spent elsewhere.

“$40 BILLION for the wall,” Whitmer tweeted. “Think how many kids that would educate, how many roads, bridges and pipes it would fix.”

Whitmer also campaigned against Trump’s wall in 2018, saying, “it is time we get back to building bridges, not walls.”

Whitmer’s skepticism of barriers extended to the coronavirus outbreak, as she was one of the last governors in the country to bar COVID-19 patients from nursing homes. She emerged as a frontrunner to be Biden’s running mate in March after clashing with President Trump on social media over the pandemic.

“Fence construction significantly decreases the size of the likely undocumented, Mexican-born population on the U.S. side of the border and in the U.S. interior,” the study states.