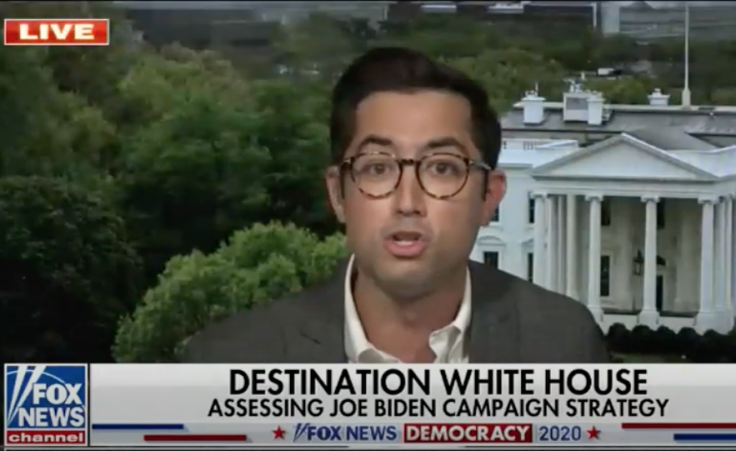 The Biden campaign’s national press secretary TJ Ducklo on Thursday refused to answer whether the former vice president has used a teleprompter during interviews or while answering voters’ questions.

“Has Joe Biden ever used a teleprompter during local interviews or to answer Q and A with supporters?” Fox News anchor Bret Baier asked Ducklo during an interview.

Ducklo declined to answer, saying the question was an attempt “to distract the American people.”

Joe Biden, 77, has had numerous gaffes since the start of his campaign, including some when he is speaking extemporaneously without a teleprompter. However, he has had moments where he appears to read notes from the teleprompter while he is answering questions, such as when he said “end of quote” after a sentence.

Ducklo went on to accuse Baier of trying to help the Trump campaign by asking the question.

“I am not going to allow the Trump campaign to funnel their questions through Fox News and get me to respond to that,” Ducklo said.

The Trump campaign has produced videos to show moments where Biden has stumbled over his words, arguing that his cognitive abilities have declined.