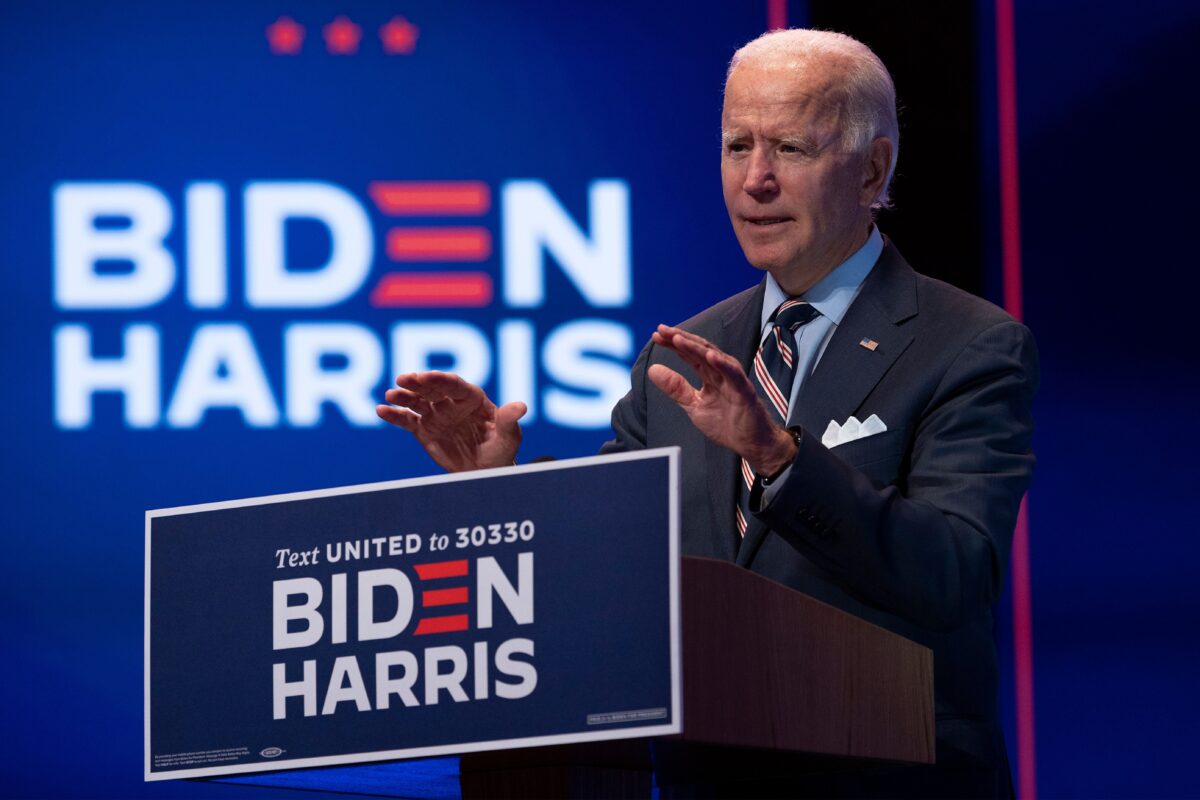 Democratic presidential candidate Joe Biden sought to lay out his plan for vaccine development in a speech on Sept. 16, attempting to contrast with the Trump administration’s own strategy released earlier on the same day.

Biden used much of the speech to criticize Trump, accusing him of not offering a substantial plan as the former vice president called for “uniform national guidance.”

In his speech, Biden expressed support for “universal masking” and said if he was president, he would focus on forming national guidelines and standards on social distancing that can be applied based on the circumstances of states and communities. He said he would “begin implementing an effective distribution plan” immediately when taking office.

Biden also criticized comments made by President Donald Trump a day ago where he said that a vaccine could be coming in a matter of weeks. Trump said at the time that the United States is starting to make headway on the virus.

Before his remarks, Biden attended a virtual briefing with different public health experts in downtown Wilmington to discuss the state of the pandemic and the challenges of distributing a vaccine, according to his campaign.

Some of the participants in that briefing included Dr. Vivek Murthy, the former U.S. Surgeon General under Obama, Dr. Peggy Hamburg the former FDA Commissioner, and others.

“Scientific breakthroughs don’t care about calendars any more than the virus does,” Biden said at one point in his remarks.

During a short Q and A segment, Biden was asked if he would support a vaccine successfully produced before the election. Biden said he would.

Meanwhile federal authorities, on the same day, released a distribution strategy and a planning playbook to make the CCP virus vaccine available to all Americans for free.

“As part of Operation Warp Speed, we have been laying the groundwork for months to distribute and administer a safe and effective COVID-19 vaccine as soon as it meets FDA’s gold standard,” said Alex Azar, Secretary of the Department of Health and Human Services (HHS), in a statement.

The two documents—a distribution strategy (pdf) and playbook (pdf)—were released jointly by HHS and the Department of Defense (DoD). They outline the Trump administration’s plans for the delivery of COVID-19 vaccine.

In the playbook, the Centers for Disease Control and Prevention (CDC) outlines a complex plan to distribute the vaccine, starting with essential workers and other specified groups, before eventually making it available to every American interested in getting inoculated against COVID-19.

“Early in the COVID-19 Vaccination Program, there may be a limited supply of COVID-19 vaccine, and vaccination efforts may focus on those critical to the response, providing direct care, and maintaining societal function, as well as those at highest risk for developing severe illness from COVID-19,” the CDC notes.

Civilian health workers will be administering the vaccine, while the Pentagon is helping coordinate supply, production, and distribution of vaccine doses.