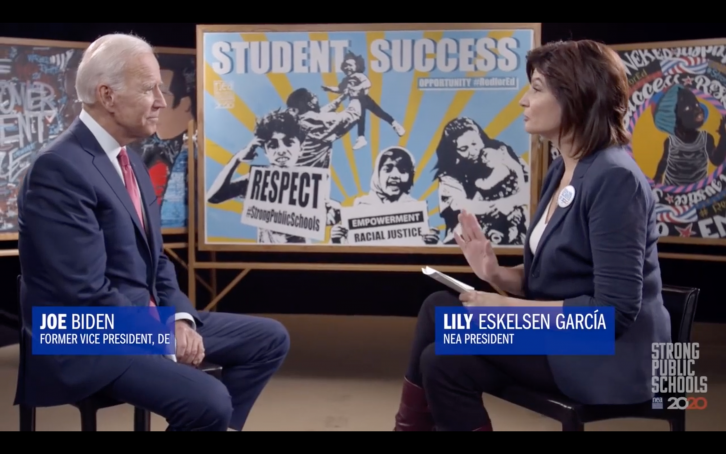 Biden’s campaign website does not mention charter schools under his “plan for educators, students, and our future.” He has received endorsements from NEA, the American Federation of Teachers, and other major teachers’ unions, which fiercely oppose charter schools despite evidence of their success in improving student results.

The argument that charter schools “take money” from public schools has faced criticism from economists including Thomas Sowell, who has pointed out that charter schools deliver improved results for minority students compared with district schools that cost more. Research by the Thomas B. Fordham Institute also suggests that the superior results of charter schools save the government millions in the long run.

President Donald Trump criticized Biden for pushing to shutter charter schools, arguing in his speech at the Republican National Convention that they are a lifeline for families in underperforming school districts. Biden said at an education forum in December that, as president, he would make sure that Education Secretary Betsy DeVos’s work promoting charter schools would be undone.