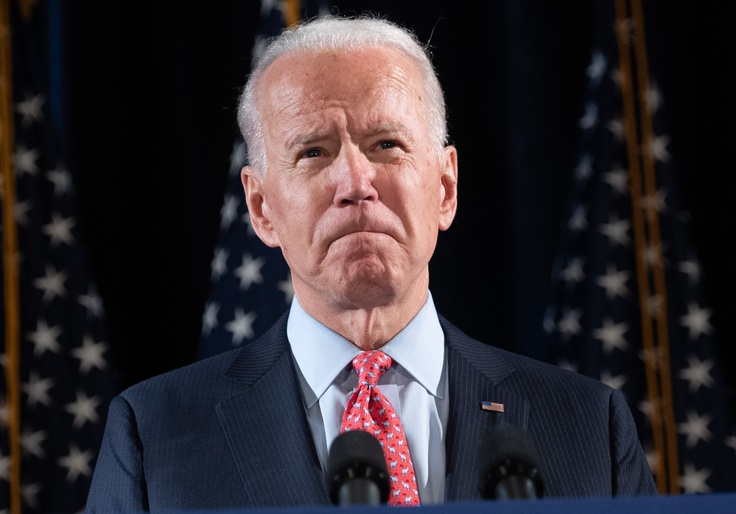 Gerald Kariem—who was named UAW international executive board vice president in January—appeared at the event just months after a high-ranking female official accused him of sexual harassment in a May federal lawsuit.

According to the suit, Kariem approached UAW international servicing representative Patricia Morris-Gibson at a conference in Washington, D.C., and asked her to sleep with him, adding that it would be “their little secret.” When Morris-Gibson replied that she was married, Kariem allegedly “laughed and said that he would not tell.” In addition, Kariem allegedly used expletives to comment on Morris-Gibson’s appearance at a March 2019 conference in Detroit, saying, “G— you so f—ing fine.”

Morris-Gibson went on to file a November 2019 complaint with the Equal Employment Opportunity Commission requesting the right to sue the union. After the request was granted in March 2020, UAW leadership retaliated by cutting Morris-Gibson’s salary by 50 percent, the suit alleges.

Biden has received substantial support from top UAW brass throughout his political career, accepting at least $10,000 in direct contributions from the union as a Senator. The UAW endorsed Biden for president in April and played a key role during Wednesday’s event, with secretary-treasurer Ray Curry calling Biden “a long friend” of the union. Curry also introduced Kariem at the event.

Neither the Biden campaign nor the UAW responded to a request for comment.

The UAW is also still ensnared in a federal corruption probe that was opened into the union more than five years ago. At least 14 union officials have been convicted as a result of the investigation, including former president Gary Jones, who admitted to spending more than $1 million in union funds on premium liquor and cigars, vacation rentals, and other extravagances.

The union gave generously to Democrats during Jones’s tenure, including $200,000 to the Michigan Democratic Party and $68,000 to Michigan governor Gretchen Whitmer in the 2018 cycle alone. Whitmer attended Wednesday’s event and was also introduced by Curry.

President Donald Trump also plans to speak in Michigan on Thursday. Whitmer called the event “very distressing” during a Tuesday CNN appearance, despite expressing no such qualms with the Biden campaign’s event.

“I know that they are scrupulously following the science,” Whitmer said of the Biden campaign. “They want to keep their supporters and the general public safe.”