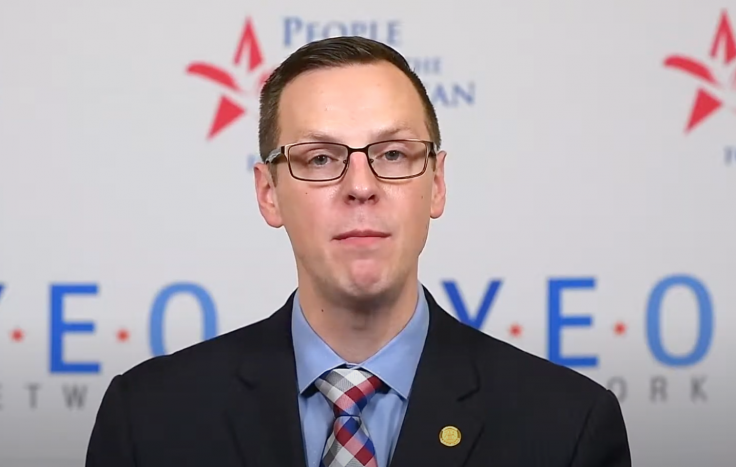 Biden announced his endorsement of Democrat Jon Hoadley in a Wednesday statement, saying he is “proud to support” the state legislator’s campaign against Rep. Fred Upton (R., Mich.). Hoadley, who is gay, previously ran a blog in which he called heterosexual women “breeders,” discussed attending a gay bar to “learn about crystal meth,” and referred to his sexual partners as “victims.” The Democrat, who currently serves as a state legislator, also alluded to a “four year old wearing a thong” when describing a friend’s wedding.

Hoadley has dismissed the writings as “bad college poetry.”

“I hope you’ll join me in helping get Jon elected to Congress,” Biden said in his endorsement statement.

“I’m happy to support this man who’s been a phenomenal and incredible partner for me,” Whitmer said of Hoadley during a July 9 virtual fundraiser.

The Democratic Congressional Campaign Committee has also boosted Hoadley’s campaign, adding the state lawmaker to its “highly selective” Red to Blue program in late July. According to the group, the program is reserved for “top-tier” candidates.

Hoadley, a three-term Michigan state legislator, deleted the blog the day before his August 4 primary, which he won by 4 points. He will face Upton in November.

The Biden campaign did not respond to a request for comment.