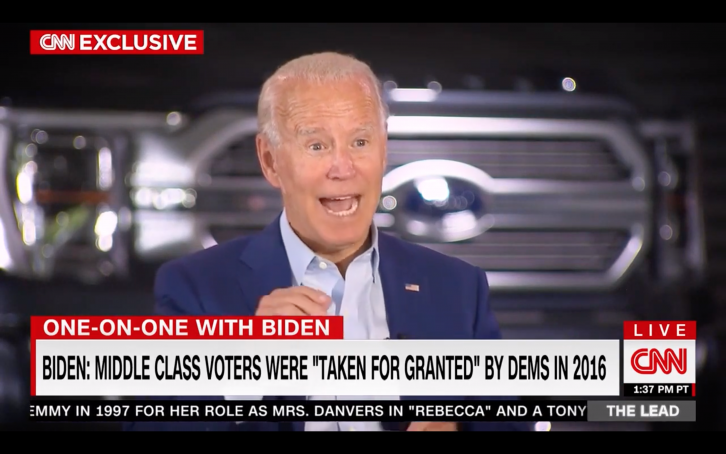 “It is better than NAFTA ,” Biden told CNN’s Jake Tapper.

Biden was hit during the Democratic primary for supporting NAFTA but insisted his vote wasn’t a mistake. Thursday he claimed to have opposed NAFTA after he voted for it and told Tapper he would not give Trump credit for renegotiating it even though the Obama administration failed to do so.

Trump signed the USMCA trade deal into law in January in the midst of his Senate impeachment trial. He had repeatedly criticized NAFTA during his campaign and promised to renegotiate the trade deal as president.

The USMCA created new labor and environmental standards for the United States, Mexico, and Canada regarding farmers’ access to North American markets and a requirement that car manufacturers use more parts that are made in North America. Trump was able to win support for the deal from Democratic lawmakers and labor unions.