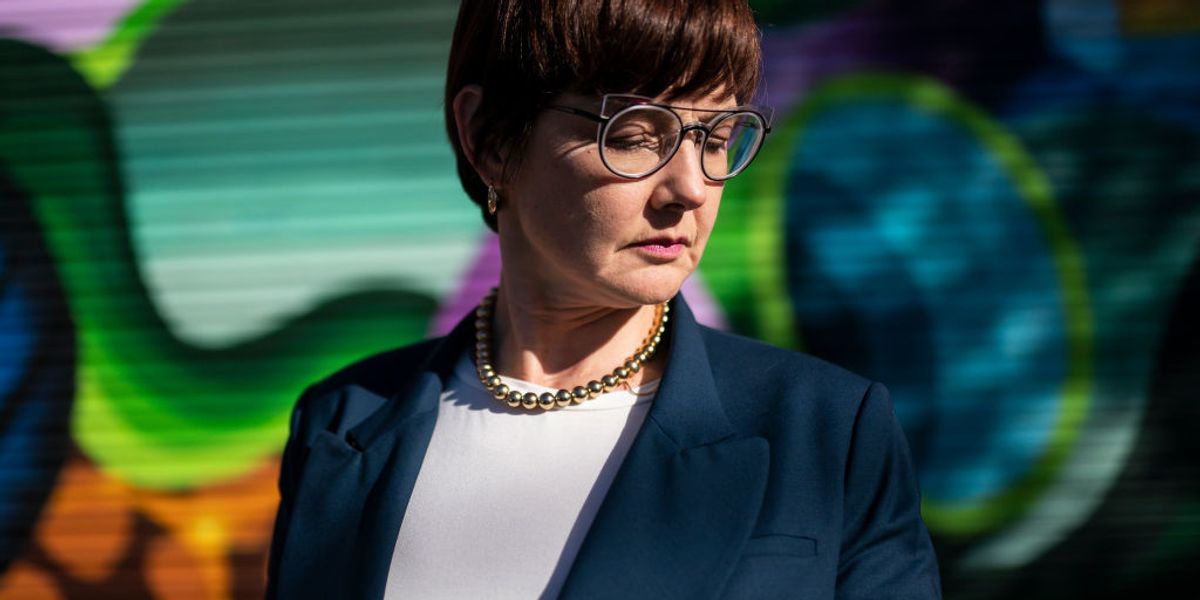 Far-left Portland mayoral candidate Sarah Iannarone, who has described herself as an “everyday anti-fascist” and declared, “I am Antifa,” has received a huge endorsement on Thursday from Sen. Bernie Sanders (I-Vt.). Iannarone was excited to get the support from the self-avowed socialist.

Iannarone, who has embraced the label as the “Antifa mayor,” shared Sanders’ endorsement on her campaign website.

In every corner of the country, strong progressives are running at the state and local level to represent our movement and lead the fight to transform this country. These races are incredibly important — that’s why I am endorsing progressive, down-ballot candidates across the country. If you can, I hope you’ll cast your ballot for them when you vote.

Iannarone responded by saying, “Thank you, Senator Sanders. Bernie sees a progressive running to challenge the status quo, and he wants to help.”

“I am proud to receive his endorsement,” she continued. “I’m excited to work on behalf of the 99% to hold big corporations accountable and to fight for health care for all Portlanders and everyone across the country.”

The ultra-progressive Iannarone is taking on incumbent Portland Democratic Mayor Ted Wheeler, who has been the mayor since 2017. A poll released earlier this month found that the race is extremely tight with Iannarone at 34% and Wheeler at 33%.

“Quite possibly my favorite ‘I voted this way’ photo to date,” she tweeted, adding that she “hearts” all of the despots.

Iannarone openly advertises that she admires communist authoritarians. She was seen wearing a skirt with the faces of Che Guevera, Joseph Stalin, and Chairman Mao printed on it.

Look at the skirt. https://t.co/kAu3a3PgUF

Earlier this month, Iannarone praised Joe Biden for saying that Antifa is an “idea.” During a debate against Wheeler, the Portland mayoral candidate was asked about how she would handle protests in the city, which she responded, “I love that Joe Biden answered this question before me, because being opposed to fascism in 2020 is not something to be embarrassed about.”

“I have a bumper sticker from the beginning of my campaign that says #EverydayAntifascist,” Iannarone proclaimed. “And what I have tried to do is normalize peaceful responses to the rise of white nationalism by organizing in my community.”

A new report was published this week that found America’s youth is increasingly embracing communism, socialism, and Marxism. Millennials and members of Gen Z were far more likely to adopt communism and collectivism. Many were in favor of eliminating capitalism completely to make way for socialism.