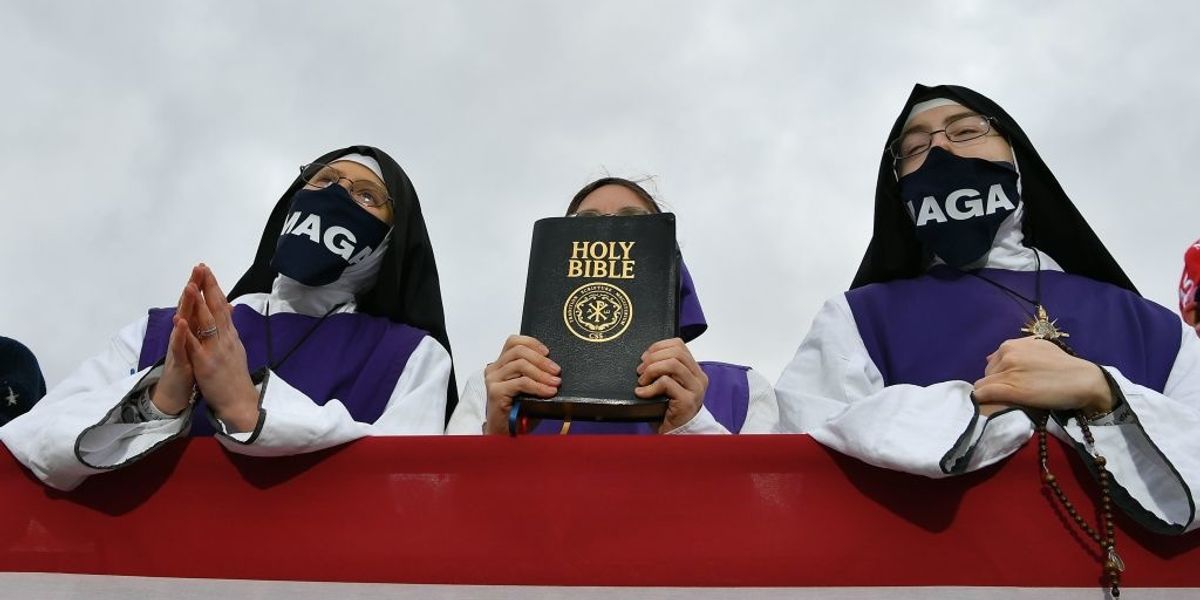 The nuns triggered a mixed bag of reactions. Some people praised the nuns for supporting Trump, others bashed the women of God, and yet others claimed the nuns were actually actors planted by the Trump campaign for purpose of optics.

But one man earned the scorn of the internet after he was accused of “doxxing” the Trump-supporting nuns.

Peter Vroom, whose identifies himself as a “former Republican” in his Twitter bio, singled out the nuns on Saturday after images of them at Trump’s rally went viral.

“The 3 nuns attending Trump’s rally in Ohio today are from the order of the Children of Mary in Cincinnati, OH. Here’s a comparison of their picture from the rally today without face masks and a picture from their website. I am not using their names,” Vroom tweeted, linking to a website about the nuns.

The 3 nuns attending Trump’s rally in Ohio today are from the order of the Children of Mary in Cincinnati, OH. Here… https://t.co/ophB5AKA4A

Vroom added, “Bizarre and disgusting. Positioning nuns wearing MAGA masks directly behind @realDonaldTrump at his Ohio rally. Are they praying for the hundreds of thousands of COVID deaths Trump is responsible for?”

What was the response?

The backlash against Vroom was immediate and swift.