Are The New York Times And Corporate Media Putting Cops ‘In Danger’? 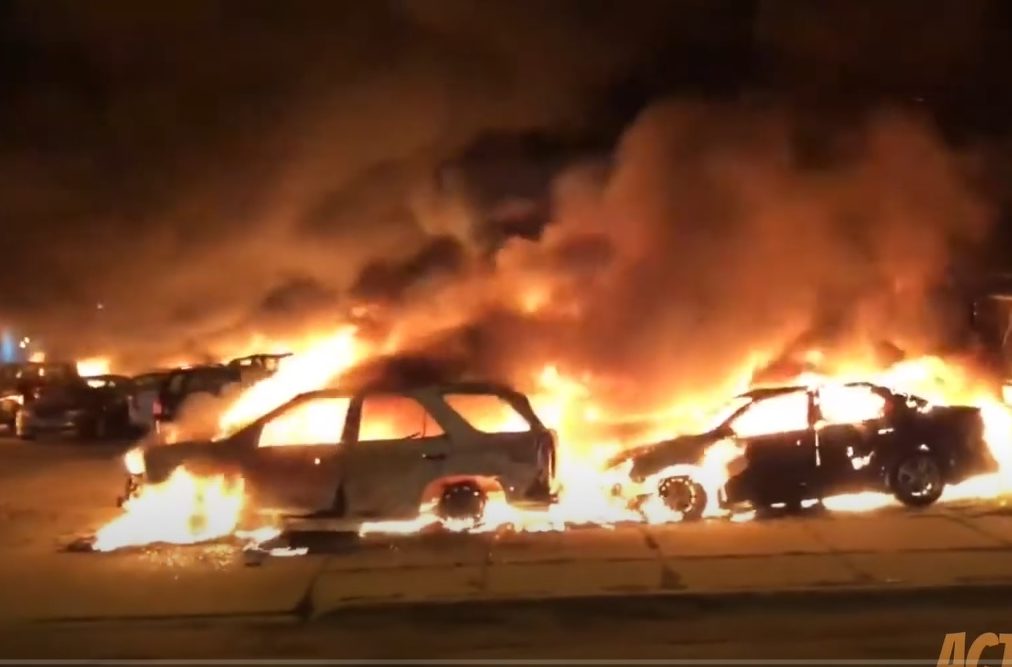 When the New York Times ran an op-ed by Sen. Tom Cotton (R-Ark.) that argued President Trump should “send in the troops” to quell riots, dozens of Times employees tweeted, “Running this puts Black @NYTimes staff in danger.” When the New York Post published an article headlined, “Call them the 1619 riots,” Nikole Hannah-Jones, architect of the 1619 Project, tweeted, “It would be an honor.”

She later deleted the tweet, but three months later, the riots have resulted in more deaths and more destruction. Hannah-Jones, the self-described “Beyoncé of Journalism,” posted again to imply she didn’t agree with the Post’s description of protests as “riots.” In August she downplayed “the tiny fringe of people who decide to loot and burn things.”

The riots that keep popping up around the country are squarely the fault of leftist agitators. They are, however, boosted by the rapid mainstreaming of radical leftism assisted by legacy media outlets like the New York Times.

Constantly boosting the work of far-left thinkers like Ibram X. Kendi and Robin DiAngelo, which the Times has done, normalizes their dangerous diagnoses. If the country is overwhelmingly comprised of racists and white supremacists perpetuating white supremacist institutions, including law enforcement, then rioting is much more easily justified. (And the corporate media will dutifully protect rioters by downplaying violence.)

Expanded definitions of bigotry are having real consequences, and the Times did its part to aid that effort. These broadened definitions raise the stakes of our politics, often purposefully. In the world of the radical left, which is increasingly just the world in which we live, efforts to reform law enforcement are not merely efforts to correct potential problems, they are efforts to overthrow the system of white supremacy in which any problems are necessarily rooted.

When Times staffers argued that Cotton’s op-ed put black employees “in danger,” they were operating on and contributing to the expansion of that term’s definition. It’s a game that often produces laughable results, as in Cotton’s case, but if they really want to play by those rules, they’ll have to take a look in the mirror.

Los Angeles County Sheriff Alex Villanueva challenged LeBron James to match the reward money for information on the shooter who gunned down two L.A. deputies this weekend. “We need to appreciate that respect for life goes across professions, across races, creeds,” Villanueva said. If he really believes that, James might want to pony up the money.

Rioters are the only people to blame for rioting. Bad policing is the fault of bad police. But while we’re directly linking violence to its cultural roots, the leftist media should think twice about its own role. This, of course, might please some journalists, like Hannah-Jones at her most honest. Others might want to think more carefully about the tenuous logic behind their radically chic worldview.