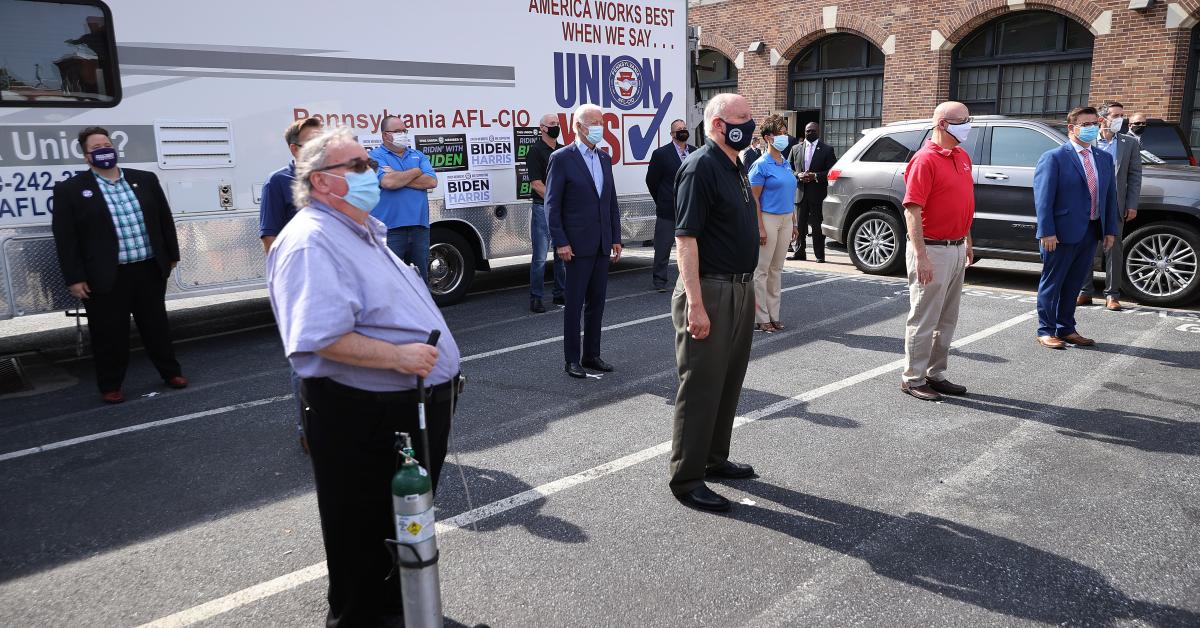 Democratic nominee Joe Biden is drawing fire for what appear to be carefully staged campaign events in which he does not seem willing or able to answer questions in an offhand or impromptu manner. This has led some critics to question his mental stamina and acuity as a candidate seeking the most powerful office in the world.

President Trump on Thursday chided rival Biden for a nearly seven-second delay in Biden’s answer to a video question from a barista in a virtual AFL-CIO Labor Day event. Unable to immediately answer the barista’s question, Biden delayed and struggled to find words, instructing an off-camera handler: “Move it up here.” It was an apparent request for a more rapid scroll down inside the teleprompter script.

“Every time I see him, he starts talking about the pandemic. He’s reading it off a teleprompter,” Trump said Thursday at a White House press conference. “I’m not allowed to use the teleprompter. Why is that, [Washington Post reporter] Phil [Rucker]? They ask questions, and he starts reading the teleprompter. He says, ‘Move the teleprompter a little bit closer, please.’ I don’t know, I think if I did that, I would be in big trouble. I think that would be the story of the year.”

On Thursday evening, TJ Ducklo, a spokesman for Biden’s campaign, refused to answer Fox News anchor Bret Baier’s question about whether Biden used a teleprompter for local interviews or during Q&A with supporters. Ducklo said he would not “allow the Trump campaign to funnel their questions through Fox News.”

Biden also drew questions after Porsche Bennett, an activist with Black Lives Matter, went off-script at a Biden listening event at a church in Kenosha, Wisc. last week because she said she wanted to tell Biden “the truth” about race relations.

“I’m just going to be honest, Mr. Biden,” Bennett said at the event, held in the town where police shot Jacob Blake, an African-American male. “I was told to go off this paper, but I can’t. You need the truth, and I’m part of the truth.”

The Biden campaign did not respond to request for comment from Just the News about either the AFL-CIO event or whether questions were vetted beforehand at the Kenosha event.

The multiplying questions around Biden’s mental acuity include those from former White House stenographer Mike McCormick, who worked in the Obama White House and told the Washington Free Beacon that Biden has “lost a step and he doesn’t seem to have the same mental acuity as he did four years ago.”

Biden has also drawn criticism for the caliber of questions he has allowed from reporters at his campaign events, with Trump scoffing that they were “meant for a child.”