Amid Calls to Defund Police, Portland Forced to Increase Spending by 200 Percent

Amid Calls to Defund Police, Portland Forced to Increase Spending by 200 Percent 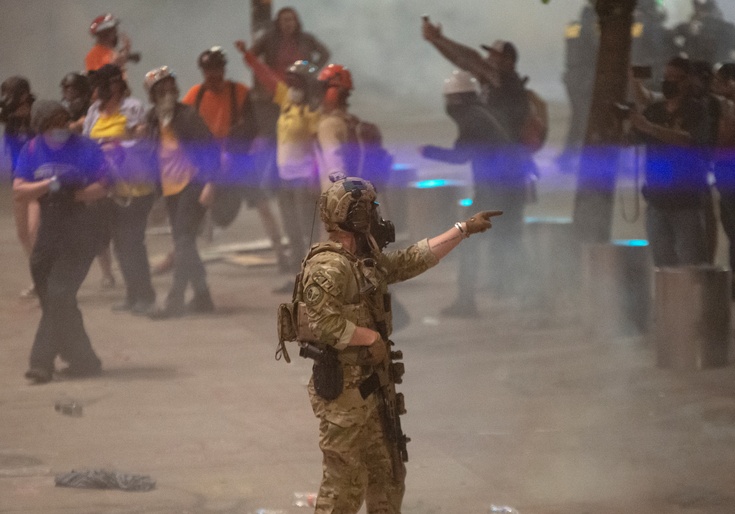 As protesters in Portland continue to call for defunding the police, the Portland Police Bureau spent nearly $7 million on overtime pay in June and July—200 percent more than the same time frame last year—as officers were dispatched to quell violent anti-police protests.

Portland’s KATU News reported Tuesday that PPB has spent at least $6.9 million in overtime pay in June and July, amid a wave of nightly anti-police riots that began in the city in late May. From January until June, PPB had only spent $4.5 million on overtime pay.

The spike in overtime pay coincides with a summer of unrest in the city. Rioters, many of whom have pushed for reforming and defunding the police, have for months wreaked havoc on the city—at times launching fireworks and explosives at government buildings, including a federal courthouse, and setting fire to a local police precinct.

Portland City Council voted to cut $15 million from police funding in June—upsetting some protesters who had demanded a $50 million cut.

Leftist groups and former Portland police chief Derrick Foxworth Sr. have criticized both Portland City Council and Mayor Ted Wheeler (D.) for their lack of response to continued violence in the city. Wheeler told Oregon Public Broadcasting in August that his response to the violence was just to “let it burn itself out.”