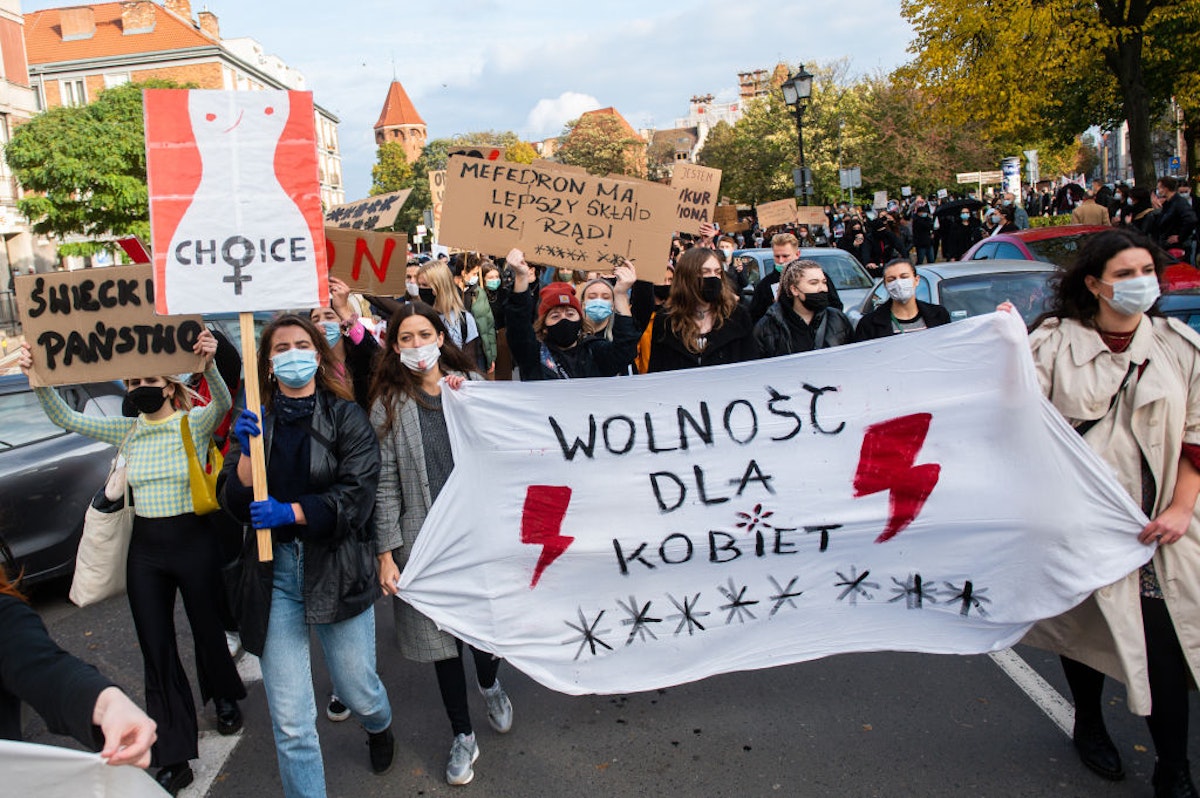 Abortion activists in Poland have been protesting for four days after the country’s constitutional court ruled it unconstitutional to abort a fetus with congenital defects.

The Associated Press reported that the activists protested on Sunday during church services. More than 90% of Poland’s citizens identify as Roman Catholic, and the protesters disrupted Mass in multiple churches by protesting outside with banners. Some protesters entered the churches, the AP reported, including a woman in Warsaw who stood near the altar with a sign reading “Let’s pray for the right to abortion.”

More from the AP:

Women’s Strike, the organizer of the protests, argues that forcing women to give birth to badly deformed fetuses will result in unnecessary physical and mental suffering.

In Otwock, a town near Warsaw, a banner with the slogan “Women’s Hell” was hung on a church fence.

The activists also created posters of a crucified pregnant woman intended for hanging outside churches, according to media reports, though it was not immediately clear how many were hung.

The outlet also reported that Poland’s Health Ministry shows 1,110 legal abortions were performed in Poland last year – most of which were performed due to fetal defects. In Poland, babies now can be aborted only if they were the result of rape or incest, or if the woman’s health is at risk due to the pregnancy.

For critics of widespread abortion, these limitations are seen as keeping the procedure rare. The AP described Poland as having “one of Europe’s most restrictive abortion laws,” declaring the court ruling on Thursday will “result in a near-complete ban on abortion.”

“There is no birth defect, no medical condition, no ‘terminal diagnosis,’ that justifies killing a child before birth,” Rose tweeted. “We will all die one day—death is part of life. We are not promised tomorrow. But it is NEVER our right—or any doctor’s right—to be the one to end an innocent life.”

While abortion activists protest losing their “right” to abort imperfect babies, the genocide of babies with a specific condition – Down syndrome – is being practiced in other European countries.

“Finally, we are the canary in the eugenics coal mine. Genomic research is not going to stop at screening for Down syndrome. We have an opportunity right now to slow down and think about the ethics of deciding that certain humans do not get a chance at life,” Stephens said.