Acting Homeland Secretary Chad Wolf didn’t appear before Congress on Thursday despite a subpoena issued to attempt to compel his appearance.

“That he would refuse to come before the Committee after committing to do so should appall every Member of this Committee. Insisting Mr. Wolf keeps his commitment to testifying before Congress isn’t playing politics—it’s doing our job.”

A back-and-forth between the Department of Homeland Security (DHS) and the committee took place in recent weeks, unfolding in a flurry of letters and leading to the Sept. 11 subpoena.

Beth Spivey, the assistant secretary of the DHS Office of Legislative Affairs, told Thompson that it would not be appropriate for Wolf to testify because of his pending nomination to become permanent Homeland Security secretary.

“When President Donald Trump nominated Wolf earlier this month, he became unavailable to testify before Congress on matters unrelated to his nomination and will regain the ability to do so when the Senate completes the confirmation process,” she added.

Thompson didn’t address the argument, instead accusing Wolf of “evading congressional oversight” as he announced the subpoena.

Ranking Member Mike Rogers (R-Ala.) told the hearing that Wolf had offered to testify in both July and August.

“Unfortunately the majority refused to make either of those dates work. Now due to his nomination, Mr. Wolf is prohibited from testifying under a policy that’s been in place under both Republican and Democrat administrations for decades,” Rogers said.

“Nevertheless, due to the significance of today’s hearing the department offered to have Mr. [Ken] Cuccinelli testify. He’s the second-highest ranking official at DHS and perfectly qualified and informed on today’s subject matter. I ask unanimous consent to include his testimony for the record.” 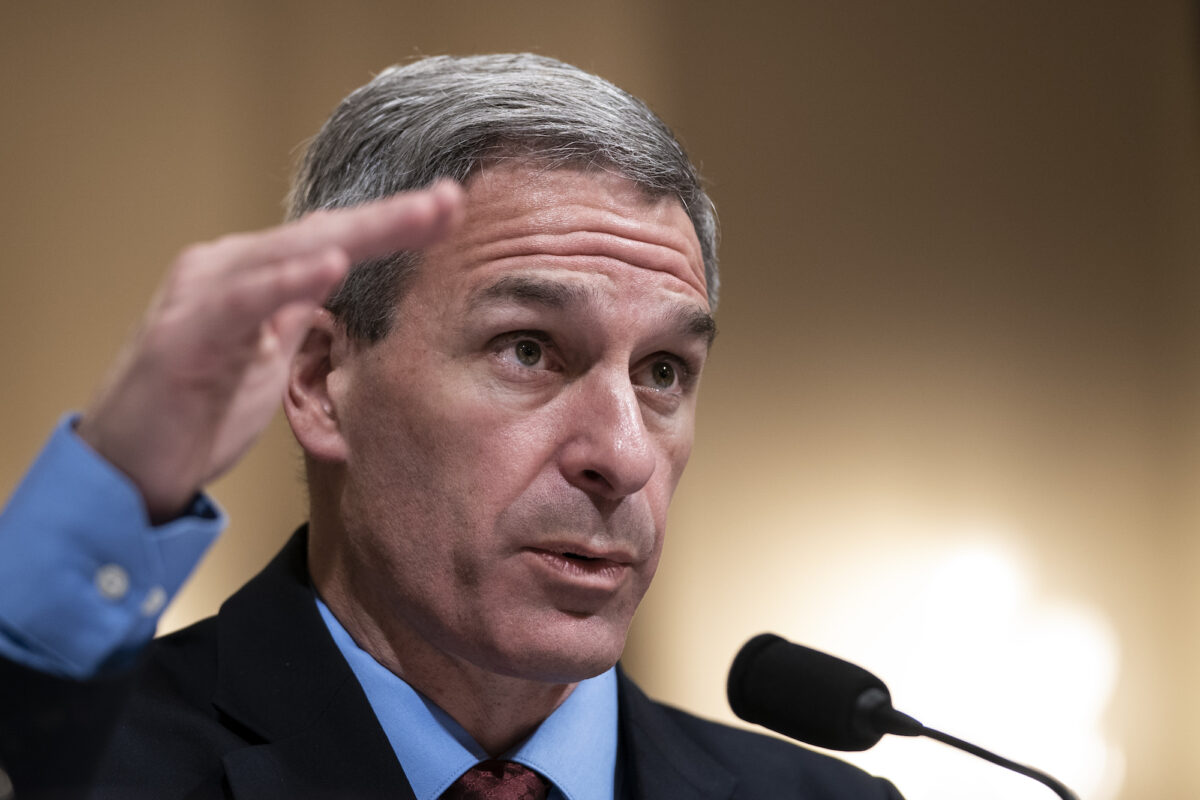 That request was approved.

Cuccinelli is the acting deputy director of DHS.

Rogers said Thompson, the chairman, chose not to allow Cuccinelli to testify instead of Wolf, which he referred to as “a political stunt.”

Thompson responded by saying: “The so-called standard practice by which the department says Mr. Wolf cannot testify is the administration’s own self-imposed limitation.”

“If the minority wanted to hear testimony from Mr. Cuccinelli they had every right to invite him to appear as their witness at this hearing today. I’m not aware of the minority’s requesting his testimony,” he added.

DHS said Wednesday that Thompson refused multiple offers from the department to have a senior department official testify before his committee.

“Chairman Thompson can complain all he wants, but the facts are clear, and they are not on his side. Longstanding precedent says that pending nominees don’t testify to other committees as their nomination is pending. In light of that precedent, DHS offered to accommodate their request to hear about threats,” Cuccinelli said in a statement.

“I had testimony prepared and had my schedule clear to show up at this morning’s hearing. Instead, the committee majority decided that they would rather put on a show for the media. Instead of serving the American people and working to keep them safe, they would rather use the American people’s time and money to stage a political spectacle. Sadly, putting politics ahead of public safety has become far too common for many politicians across the country in recent months, and the swamp is no exception.”